From racing through halls to racing up mountains 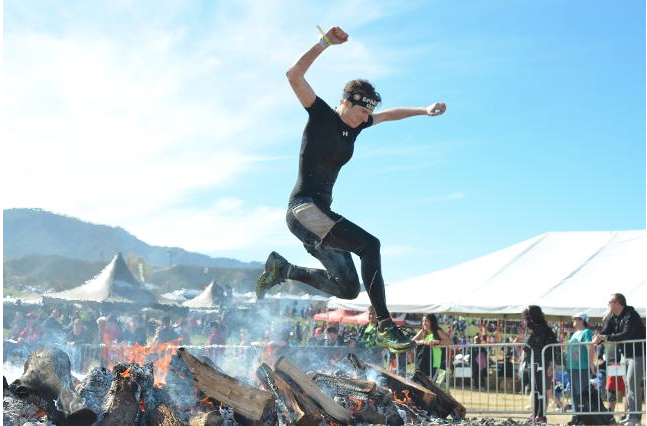 Jane Woodman has competed in multiple Spartan races, in which competititors run up mountains, climb over walls, crawl under barbed wire and jump over fire.

The thought of running 14 miles up a mountain while freezing and holding a 35 pound bucket of rocks, crawling around in the mud, and pushing the human body to its limits probably sounds hellish to most, but to multiple members of Sequoia staff these are tasks they are willing to tackle.

“I love that it is like a really intense recess with the climbing and jumping.  I love to be outdoors, and I love to have these challenges to look forward to.” said IB English and band teacher Jane Woodman.

Her most recent challenge, the Spartan Race World Championship, took place on Oct. 3 in Squaw Valley on the very same ground as the 1960 Winter Olympics. While not competing in the race for the prize money, Woodman still faced the same 14 mile run up a mountain in 9050 foot elevation and over 30 obstacles including climbing walls, barbed wire crawls and tire drags as some of the world’s most elite athletes. However, this highly rigorous course is not the only strenuous achievement Woodman has bragging rights to.

Beginning at a very early age, Woodman built obstacle courses in preschool for her classmates to run at lunch. Fast forward into adulthood, and her love for obstacle courses exploded onto a larger scale. Beginning with smaller 5ks and finally working up to a marathon, Woodman’s list of accomplishments goes on.

For Woodman, the experience is about having fun and creating a way to balance herself in life.

“At the end I always feel like I’ve accomplished something, I’ve stuck it out to the end,” Woodman said. “It’s almost  like I’ve been removed from my normal existence, and it feels great to engage with other parts of myself that I don’t always get to experience.”

The adrenaline-drawing experience of pushing the human body to its limits doesn’t stop at Woodman; several other staff members share the passion for a challenge.

Administrative Vice-Principal Michael Kuliga turned his passion for backpacking and mountaineering into an extensive repertoire of feats such as the half Ironman triathlon, the Tough Mudder obstacle course, and the Death Ride, a 129 mile bike tour of the California Alps.

“It started with being an athlete in high school,” said Kuliga, who was a wrestler. “Doing things that involve physical discomfort provides a mental challenge to keep going, which I think is an  important analog for how to approach difficult situations in the rest of your life.”

The process of training for these assorted arduous events has proven to be an obstacle within itself for staff. Woodman, who has free periods in the middle of the school day, found a way to put in the extra effort to find time in her hectic schedule.

“About twice a week I would go to Edgewood park during my prep to run and be back working with kids again by 7th period.” Woodman said. “I knew I had to train for the monkey bar part of an obstacle course, and it was Ms. Olliver who actually told me about a school with monkey bars on their playground that were tall enough for an adult. I trained on them when there weren’t kids on campus.”

For Kuliga, finding a way to fit in 10-15 hours of training a week means making the 25-mile bike ride commute to Sequoia four days a week, running and weightlifting before school, and longer, more intense runs on weekends. Similar to Woodman, Kuliga values the intrinsic reward of exercise over the actual achievement.

“ I don’t do it for the accomplishment,” Kuliga said. “I know that I’ll never be the fastest, but I’m also not the slowest, so it’s really about the doing and not so much the have-dones for me. It’s one of the few times that I can be totally in the moment, and totally focused on one single goal.”