The exponential growth of math and ELD classes 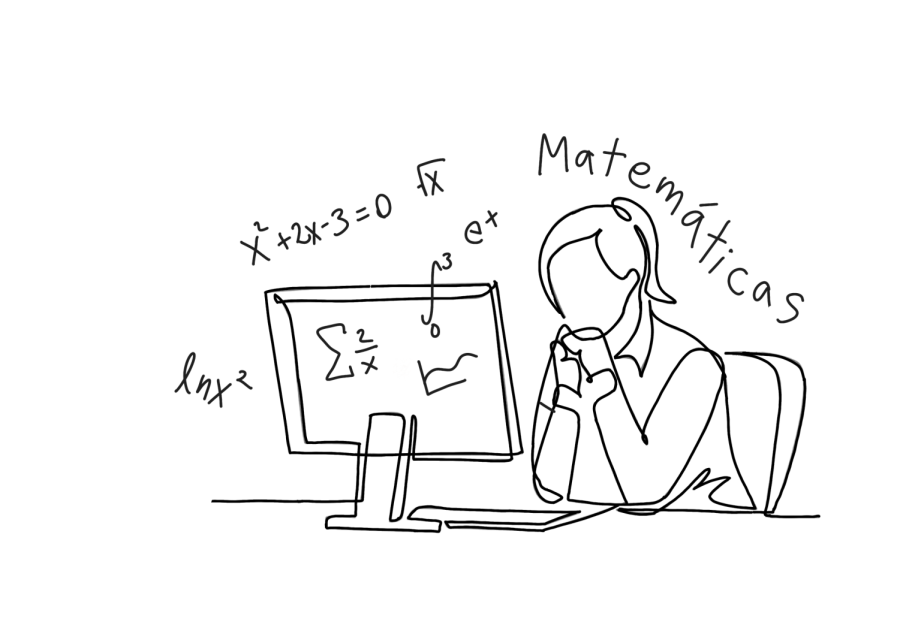 Planning for an influx of new students this semester, the math department kept existing classes small and opened up much needed general math pathways.

According to Instructional Vice Principal Kristin Stout, there were 40 ELD (English Language Development) students starting the first semester, and around seven more joined during the second semester. Many of these ELD students end up needing general math.

“We had a lot of students arriving at Sequoia who needed general math. And we didn’t have enough room in the general math classes. Those classes are supposed to stay small … We started off the school year with only 13 kids in two classes. Over the course of one semester, we had over 30 kids join,” IB Analysis and general math teacher, Katia Sterne said.

There are many reasons for this sudden increase in new students who needed general math halfway through the school year. Science department chair Jessica Magallanes believes that the reason for this was because COVID-19 shut down travel for those who would normally migrate to the US and so there were fewer new students years prior. As restrictions opened up more recently, the new students from past years all joined throughout this semester.

Math was not the only area of school that was experiencing this rapid growth.

“The same thing was happening in ELD, … Modern European History (the Spanish language history class), […] general science. All these classes were growing, and they’re growing really fast,” Sterne said. “We did not expect them to grow that fast in one semester.”

Students who come in the middle of the school year require extra support because they were not able to access the curriculum introduced during the first semester. However, it is not possible to simply add all new students to a support class, there are district requirements for maximum class sizes that teachers must adhere to.

“Sequoia wants to support all students as best it can. This effort involves addressing what to do with students who come to Sequoia after the year has already started. There are policies in place that determine the maximum class sizes allowed for different classes,” IB Analysis teacher Robert Moaveni said. “With the influx of more students as the year goes on, it was inevitable that the schedule would have to be adjusted to accommodate while also following policy.”

Teachers dealing with these changes as the first semester continued lead to obstacles. A shortage of qualified teachers for the subjects that needed them further complicated the schedule shifts.

Different class sizes are implemented based on the class to ensure that students get what they need. ELD, general, and introductory 9th grade classes need smaller classes to be able to support the students as they mature, while more advanced students in IB classes don’t. IB Analysis teacher Katia Sterne believes that when her 35 IB Analysis students are able to communicate between each other for help and participate in class, the class is easier to manage.

To open up new general math classes, the math department is currently combining IB Analysis classes, giving Moaveni new classes with more students and opening up the opportunity for Sterne to teach a few more classes in Spanish. Giving some teachers larger classes may be a quick fix, but struggles are bound to happen with increasing workload on staff.

“My immediate concerns regarding larger class sizes center around the two major issues of having less time to address students individually, and the increased load of work that cannot physically get done within contract working hours,” Moaveni said.

Though there are documented detriments to larger class sizes as opposed to a smaller student to teacher ratio, some students don’t feel like that affects their learning.

Barrios is a fairly new student to the school and a participator in the ELD program, general math class as well as a Spanish speaker.

Some students also feel like their learning depends on how much effort they put into the class, regardless of the size of the class.

Kimberly Ramos is a general math and ELD 1 student and Spanish speaker. Ramos joined the ELD program during the summer before this school year.

“If somebody wants to learn, they’re going to do well,” Ramos said.

Some students in IB Analysis had some shifts in their schedule, leading to necessary adaptations. Newcomer students inevitably impacted IB Analysis students’ schedules as well.

“It was actually a little difficult because I got a whole new chemistry teacher,” junior and IB Analysis student Asha Smith said. “We’re on completely different units even though they teach the same. So that was a little frustrating, but I think I should be able to catch up.”

New periods with all new students were an effect of this schedule change.

A primary concern many had was regarding if these changes affected student learning in any way. However, it seems as though it has not had much of a negative impact.

“I gained an entire 1st period of 34 students this semester that now have me as their new math teacher. I asked them [one] morning; they do not think the change is detrimental. I am inclined to agree with them as I have observed the adaptability that students are capable of,” Moaveni said.

There were many classes added the second semester that were taught in Spanish for ELD students, or LEP (Limited English Proficiency).

“We’ve got students who we don’t speak the language of, and we are able to serve them,” Sterne said. “But we have a critical mass of students who speak Spanish, and it’s a lot easier for them to be able to access the curriculum when it’s in a language they can speak.”

Having teachers that are able to speak Spanish for those students greatly helps and supports them throughout their education.

“If everything is just said to me in English, I don’t understand what’s going on …I learn more because it is in Spanish,” Ramos said in Spanish, shortly translated by Sterne.

And while Spanish speaking teachers are important, bilingual teachers have an added benefit of introducing the students to more Spanish.

“It helps [me] learn both languages because most of the teacher’s don’t teach only in Spanish. Teachers are using some English and that way [we’re] hearing more and more English. [We] are learning both, we got enough Spanish to know what’s going on but [we’re] also learning a little bit more English in the same classes,” Barrios said.