From redwood town to Redwood City: Sequoia Station’s redevelopment in the modern era 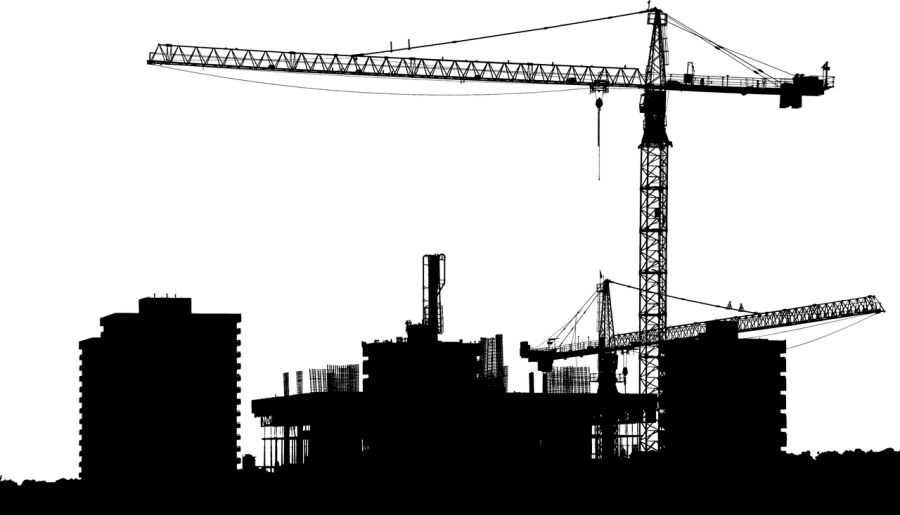 Sequoia station, that sea of asphalt. and concrete, is seen by some as a relic of a bygone era, a monument to cold, calculating urban planning that seeks only to maximize profitability over enjoyability. Based on its emphasis of wide open parking lots and big retail chains, it’s no surprise that Sequoia station traces its roots back to the 90s, when such design principles were the norm when it came to commercial zones. However, where one may see a relic of the past, others see potential. this was the basis for Alan Chamorro, one of the Senior Vice Presidents of Lowe Real Estate, to undertake a massive and unprecedented project in the peninsula in conjunction with Eden Housing (a property developer with a specific emphasis on affordable housing), Caltrain and the city itself : completely renovating the station from the ground up, in order to create a space for socialization, leisure and recreation.

One look at the redevelopment plan’s outline reveals its gargantuan scale: the first thing that stands out is a removal of the massive central parking lot in the station, in favor of walkable and bikeable paths and a new underground parking space. the removal of the parking lots is notable, as it would discourage cars from frequenting the area.

“Part of our plan is to implement a corridor plan, which adds bike lanes, wider sidewalks,
slows down traffic a bit and allows people to have safe walking connections and safe biking connections across town, which is another big benefit of a project like this,” Chamorro said.

Both Chamorro and the city hope that such an endeavor will connect both sides of the city, allowing those from across the tracks, especially from Sequoia High School, to have an even easier time reaching Redwood City’s downtown commercial areas on foot.

this push for a more climate-conscious city isn’t only relegated to Chamorro and Lowe. Caltrain, as part of a larger project spanning much of the bay, has hopes of electrifying its railways by 2024. Electrification, a process that removes the local fuel source on a train in favor of a railway-wide conductor, would move Caltrain away from powering its trains on fossil fuels, in addition to allowing more
train cars to be used at once.

“We’ll be running Clean, Green trains that are powered primarily by Green Power,” Dan Lieberman, a spokesperson for Caltrain, said. “ they’re also faster to accelerate and decelerate, so we can also bump up the
level of service.”

However, Caltrain’s ambitions for its rail network do not end there. Further down the timeline, through an additional two tracks and a grade separation project, the Bay Area’s premier railroad service hopes to turn Redwood City into the rail hub that, in some ways, it already is. According to Lieberman and Brian Fitzpatrick (another representative of Caltrain’s real estate wing), Redwood city is already their 5th busiest station. is comes as no surprise, considering Redwood City’s central location on the peninsula, between San Francisco in the north and San Jose in the south.

“[Redwood City] has had the highest Traffic of any station in San Mateo County so it has been growing pretty steadily for us” Lieberman said.

there are also supposedly hopes of connecting Redwood City across the Bay to other East Bay rail networks through a project known as the “Dumbarton Line”, which would make Redwood city the primary stop for those from either side of the bay wanting to cross over without a car. What is known for sure, however, is that the rail platform will be moved some 200 feet north, closer to the Peet’s Coffee than to the old rail platform site, in order to allow for grade separation and greater ease of
travel.

A greener downtown isn’t the only thing on the developers’ minds. Lowe, in conjunction
with Eden Housing, the city government and Caltrain, have also planned to add over 600 new apartments, 35 percent of which would be specifically for those living below the mean income for Redwood City. Among the motivations cited for this portion of the project was a desire to stem the rising tide of homelessness and displacement in the Bay Area. An unfortunate symptom of projects such as these is a tendency of lower income residents of newly renovated areas being forced to move to cheaper pastures, as the housing market becomes ever more unlivable. At times, those who are pushed out of their homes have nowhere to go, and so are relegated to homelessness in a city that they once called home. through designated affordable housing, Redwood City residents would be able to remain and live in their community.

“We’re talking retail workers, childcare workers, janitors, people who work at in any
kind of service industry, like fast food or
any of those kinds of jobs” Andrea Osgood, a representative of Eden housing, said in reference to what kinds of people would be able to find housing at the station. “ these are some of the people that are getting pushed out of the area because of the super high housing prices.”

Osgood has also expressed hopes at setting aside housing specifically for the homeless, members of our community who have unfortunately fallen victim to a problem plaguing much of California.

The plan also includes foggy details surrounding new retail and leisure areas, which will be constructed in phases so as not to completely disrupt life around the station. Parks, childcare centers and other businesses
will make up the foundation for the plan as a whole.

“I kind of like the idea of them changing [the parking lot] into more of a mall since there’s
no decent place to get a good amount of stuff in a small space” John Carlo Calderon, a junior at Sequoia, said when asked about his thoughts on the redevelopment plan.

This retail plan, combined with the station expansion and removal of the central
parking lot, hopes to make Sequoia station a “place” in the architectural sense. A place is something more than a mere commercial zone, where one visits merely to execute a task or purchase a product, and then leave due to a lack of an area to simply be, much like the plaza area in Redwood City’s
downtown. through this redevelopment plan, its architects hope to redefine not only what the station is, but what it means, a modernization project hoping to truly turn our city into what it could be: a conduit through which we achieve greater connection and inclusion.