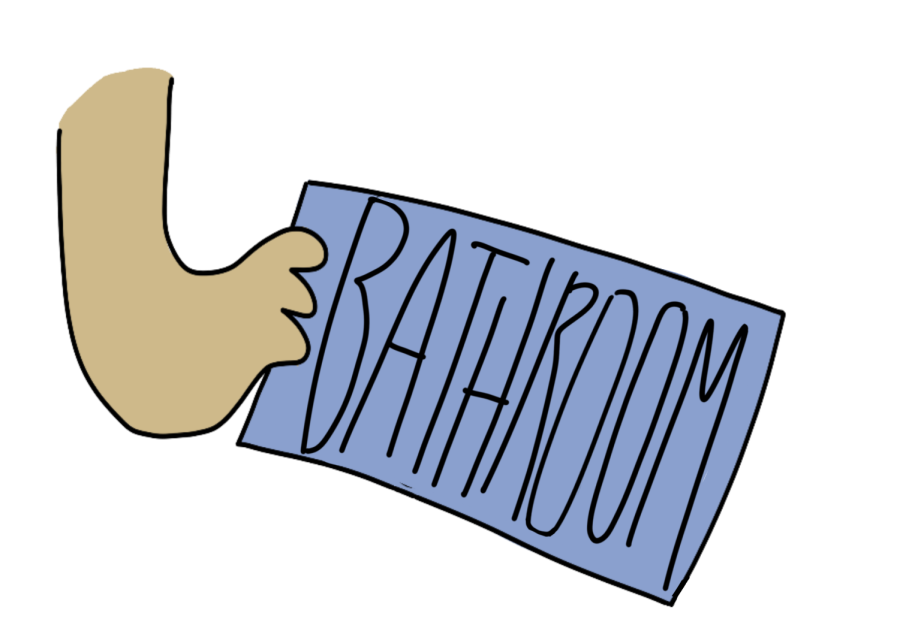 Throughout most schools there are teachers who hand out bathroom passes for extra credit. By doing this students start to question whether their grades are more important than their health.

Nowadays students are pressured into getting good grades in order for them to have a good career and life, but should extra credit given by not using the bathroom be the determining factor of them passing or failing a class? Or the students getting good grades while risking their health?

According to Medical News Today, people should be using the bathroom around six to seven times within a 24 hours time span. Taking into consideration that students sleep between seven to nine hours a day, students have around 15-17 hours of time awake. Students are in class for 100 mins at a time, and many don’t have time to use the restroom between classes. Also many who might have time to go, many stalls are closed to either being broken, or other students are hanging out in the stalls with friends and messing around. Without the time or the ability to get into bathrooms, some students have to rely on teachers to let them exit the classroom.

“I specifically [created my bathroom pass system] this year for the sophomores. For my juniors, they still just trade their phones and go, and […] there’s no limit, and that’s because my juniors were far more responsible than my sophomores.” Humphrey said. “Additionally, there was the Tik Tok trend of people destroying bathrooms, and it was more so freshmen and sophomores doing this. So I created the bathroom pass system so that way students were more accountable for when they left the classroom, and when they came back in case they decided that they wanted to destroy anything.”

Many of the bathrooms, if not all, have been vandalized by Sequoia students. Many toilet paper rolls and tampons have been stuck to the ceilings, along with toilets being littered with trash and excess toilet paper so that they don’t flush properly. Some teachers have felt the need to regulate the ability to use the bathroom due to some students misusing them.

By students miss-using their bathroom use, it ruins the opportunity for students who really need that privilege, and yet some students are blindsided or selfish to that fact.

“When I gave free passes, I noticed that in the end, it was always the same students… that would leave every day,” Martine Demailly, an Algebra 2/trig and Geometry teacher said.

Students who took advantage of the free bathroom pass, who wandered the halls, destroyed school property, and sat on their phones outside of class. It really ruined the opportunity for others to be able to use the bathroom freely, and made teachers create the bathroom pass system.

“During class, if students miss, like, two to five minutes, it’s typically not a big deal. Those are easy to catch up on,” Humphrey said. “My bigger concern is when students start missing, like 15-20-30 minutes because that could be a complete activity or even a whole part of an activity that they’ve missed.”

In my classes where teachers let students go to the bathroom freely, there are many students who take advantage of their time outside of class, and it forces other students to wait since my teachers only let a certain number of people exit the classroom.

Students who struggle in school and have to work hard to get good grades are motivated to refrain from using the bathroom in order to get those few extra credit points to keep their grades afloat. Many friends, fellow students, and I have found that if we don’t use the bathroom, and save up our extra credit points, we could raise our grades from a B- to a B+ or a B+ to an A-. Being able to switch your grade by a whole letter, even if it’s just a few points, can really impact your transcript. It can be the difference between a 3.94 GPA and a 4.0 GPA, which could be huge to some students.

“[Extra credit is] an incentive to try to help students decide if they really need to go to the bathroom… and this is high school, so I would expect students to be able to wait,” Demailly said.

“I feel like that’s unfair. I also think it’s kind of odd to reward students for being able to control their bladder,” Humphrey said. “Generally speaking, I don’t give out very much extra credit. I have issues with it in general. And I think, especially with bathroom passes, it should not be applied.”

Although I think that extra credit is very helpful for students, if they want to get their grade up, or even just learn more about the topic their teacher is teaching. I don’t think that teachers should be applying it to bathroom passes.

With the block schedule, students sit in class for 100 minute periods which lengthens the amount of time between when students are able to use the restroom.

“I already do five minute breaks for the longer periods because honestly 100 minutes is a long time and people need mental breaks,” Humphrey said. “And as much as like [students are] here to learn with the curriculum, you’re also here to connect with friends. So that’s why during the five minute breaks, […] one to two people can go to the restroom and come back without using a pass.”

Humphrey is one of my only teachers who gives out consistent breaks during longer periods. Having the ability to take a mental break along with a break to talk with friends, I really like her class, yet every class can become tiring sometimes, so I think it really improves my learning experience. I also think that if students were given the opportunity to take a break from school, it would allow them to refrain from exiting the class as much and wandering the halls, in turn reducing the amount of rules broken while outside of class.

Most teachers that hand out bathroom passes have rules and exceptions to them, one being that if the student has a medical condition or needs to exit the room often they may email the teacher to work out a system. But some students don’t feel as comfortable talking to their teachers and don’t want to share private information with them. Demailly shared that she wants students to be comfortable with going up to her and talking about issues they may have in regards to exiting the classroom and that they could make arrangements.

“[Students] have time before school, during brunch, during lunch, and after school. You all have time. That’s not just in my class. And most people, even if they’re on their menstrual cycle, I would like to believe can hold their bladder for typically two hours at a time, and our classes are only like 100 minutes. So I think people can be more tactical about the[ir] bathroom use,” Humphrey said.

Many teachers have tried to change their system and rules for exiting the class during a lesson, one of them being a sign-out sheet. This system allows other students to see the amount of time that a certain student has been absent from class which some students find invasive since others are able to see if this student may have medical problems or they might be on their period which some students may not want that information shared.

Many classrooms use the system of letting students use the bathroom whenever they want as long as they don’t interrupt the class.

I believe that teachers should not give out a set amount of passes to students. But give students the opportunity, during the 100 minute period days, to have a five minute break to exit the classroom freely, and socialize with friends. I think that teachers should also only let two or three students exit the classroom at once, to refrain students from wandering the halls and damaging school property together. I feel that every student should be able to have the freedom of exiting the classroom freely, but if teachers or administrators start to notice a pattern with certain students abusing the system. I believe only those select students should be the ones punished and not the entirety of the class.