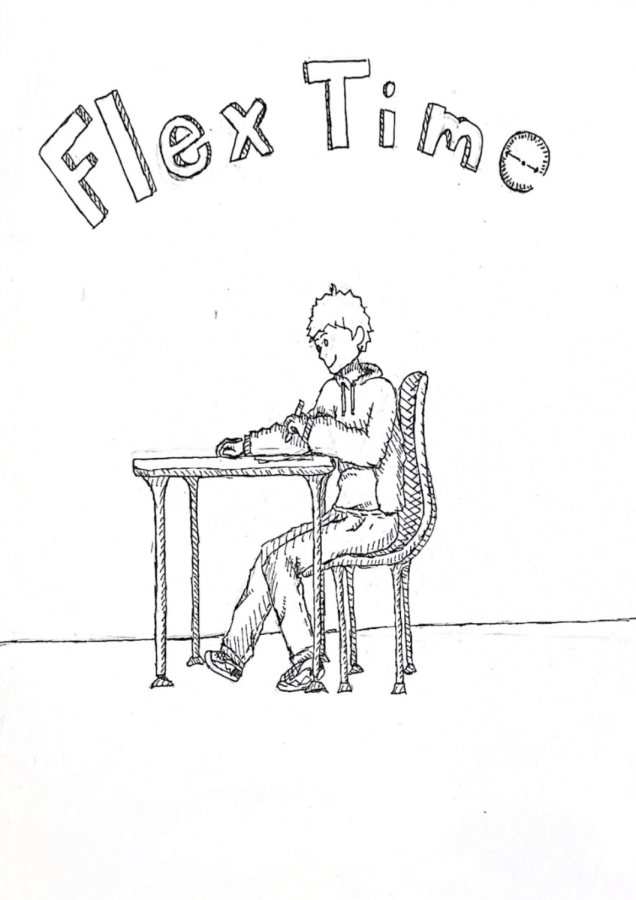 Throughout the month of October, Sequoia tested a new schedule that introduced “flex time,” where students had the opportunity to work in a class of their choice for 45 minutes.

Flex time has roots dating back to the 1960s, beginning when schools broke classes into 10-20 minute periods on Mondays and Tuesdays according to the “Ultimate Guide to Flex Period” by Edficiency. Flex time looks much different today, as they follow a typical rally schedule and are done on Thursdays and Fridays for Sequoia. Sequoia rally schedules follow a normal block day, with 15 minutes deducted from first and third period, making enough room to add a 45 minute space which typically hosts a rally. Many other schools have taken the flex time on as well, with Carlmont, Woodside, Menlo-Atherton High School already having flex times (of various names) on Wednesday and Thursday. Sequoia’s flex times have already been trialed in October, with plans to permanently implement it beginning in the second semester.

The freedom that comes with flex time gives students the option to participate in any class of their choosing. As a result, many students have come to enjoy the flex time.

“[Flex time is] helpful. I can use it to catch up on some of my classes that I may have not paid attention to.” sophomore Ivan Rodriguez said.

The ability to choose whatever class you want to go to allows students to get what they need completed. Whether that be catching up on work or retaking a test, it is an opportunity for students to complete work outside of the standard lunch time.

Another perk of flex time that students say is helpful is how it can give students a more carefree environment.

This points out the main idea of flex, which was to try and reduce students’ stress levels, according to an email sent to teachers from Sean Priest. Providing students with an environment where they could complete their work for any class ultimately helps students like Barnett.

Sequoia will be permanently implementing Flex Time beginning in the second semester along with “circles” for freshmen to participate in.  Although students were initially surprised at this announcement, some have come to believe it could be beneficial.

“I think it’d be a good idea because some days after school I have a sport so I can’t always get my work done after so flex time will give me the opportunity to do my work at school,” sophomore Owen Leung said.