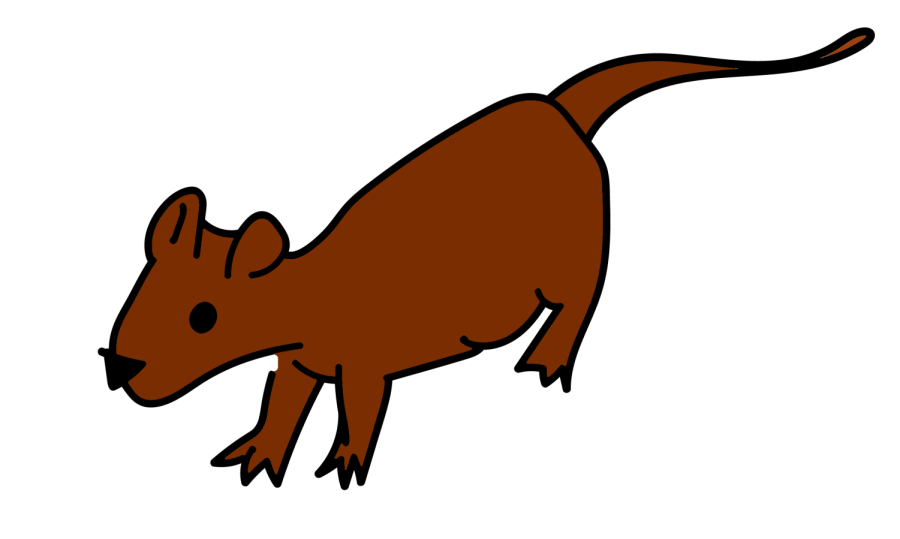 It’s no secret that rats, mice, and other small pests have been in close proximity to those on school grounds. In fact, Sequoia has experienced an issue with pests for decades.

“Ever since I’ve been here I’ve seen a problem with rats,” said Cherry Stephens, Sequoia’s plant manager with a tenure of 20 years, and an additional 10 years in other positions at Sequoia. “I think we’ve got a pretty good hold of it now though”.

Though the school appears to be past the worst of its war on rodents, when a rat went as far as to create a “nest inside [the] desk” of IB History teacher Teresa Yeager, staff members found that isolated incidents with them continue to occur.

Junior Sarah Hansen reported that she and other girls who were in physical contact with the lower floor of gym three observed fleas and flea bites on their bodies and bed sheets for some months, quite possibly originating from rodents.

“We weren’t talking about it at first, but pretty soon we all kind of realized that we all have them, and so everyone changed their [bed] sheets and they mostly went away,” Hansen said.

The disappearance of fleas is also due in part to a fumigation effort on the part of Sequoia’s administration, who worked in conjunction with the extermination company Clark Pest Control. Since then, fleas have only made occasional appearances in gym three.

Across the state of California, schools have been shut down after rodents and fleas descended upon them, such as Schurr High School in L.A. These incidents come after a panel of pest control experts, led by Carl Demaio, published a report in 2019 declaring an surge in the population of rats in Californian urban centers. There are theories abound as to why this is the case: one is that rising housing prices, and the subsequent rise in homelessness in cities and towns across the state, has helped to create conditions that allow rats to thrive. Another theory is that since California has banned many carcinogenic pesticides in the aptly named Healthy Schools Act of 2000, there is no feasible way to exterminate rats on an industrial scale. Though these chemicals are incredibly effective at exterminating rats on an industrial scale, toxic residue can linger around the site of fumigation for a while after.

Amidst the reports of increases in California’s rat population, Sequoia High School’s administration has remained vigilant in its fight against the rodent threat. Due to the ban on pesticides, a new strategy known as Integrated Pest Management (IPM) has become the administration’s primary defense against the tide of vermin. Combining the scientific method with traditional strategies for pest trapping and control, along with extensive research of the push and pull factors that may cause an infestation, IPM’s primary goal is to mitigate pest infestations without the use of harmful pesticides that could harm both humans and the environment.

“Part of the strategy is removing that attractive lure for the rodents,” explained Gary Gooch, administrative vice principal and a wildlife ecologist by degree. “Our biggest challenge is that we have students leaving food all over the place”.

Rats, though solitary, find it difficult to resist the temptation of a half eaten lunch meal left to rot, which is found in abundance on Sequoia grounds, especially after lunch periods. This is especially true for the Norway Rat, or Sewer Rat, Sequoia’s most common rodent and a surprisingly nimble creature. They, along with incredibly flexible mice and nimble squirrels, are constantly finding ways to enter the upper levels of Sequoia, often through holes opened up in the 100 year old main building .

“Once we plug [the holes], the enterprising rodents just open them back up or find a new way to enter,” added Gooch.

Though it has not come to using pesticides with the exception of gym three’s fumigation nearly a month ago, Gooch affirms that less lethal pesticides are still on the table in cases where an infestation becomes unmanageable through IPM.

The administration’s cause has been aided by an unexpected ally: Redwood City’s still thriving wildlife. According to Gooch, a breeding pair of hawks, which are natural predators to rats, have made Sequoia’s campus their home. Wild ravens, Sequoia’s mascots, also act as a threat to rats on campus. In addition to that, a rather large band of feral cats has steadily amassed itself through indirect encouragement by a local custodian.

“We had a custodian named Cliff… he began to take care of the cats and leave food and water out for them,” Gooch recalled, as the start of the cats’ relationship with the school was some years ago.

Though the cats are far from a solution to Sequoia’s issue with rats,  they are a welcome addition to the school’s pest control arsenal, despite the fact that they are rarely seen during school hours.

Even though the rats are kept largely suppressed by the administration’s careful planning, and predatory animals are happy to do their part, Gooch argues that Sequoia’s student body could also play a part in making its campus even more hygienic for all.

“I feel like communities are most successful when all members of the community have a common goal… in this case we want things to thrive and grow in a positive way,” said Gooch.

Since a major part of pest control is the elimination of the pull factor for the pests in question, he believes that a major step toward doing that is educating the wider school community on the importance of keeping the campus clean, comparing collective action to traditional mousetraps.

“Ideally we would come together as a community, we would take care of the place we go to school and work, and everyone would pitch in. It’s the only way.”