Contrast and critical thinking in AP and IB 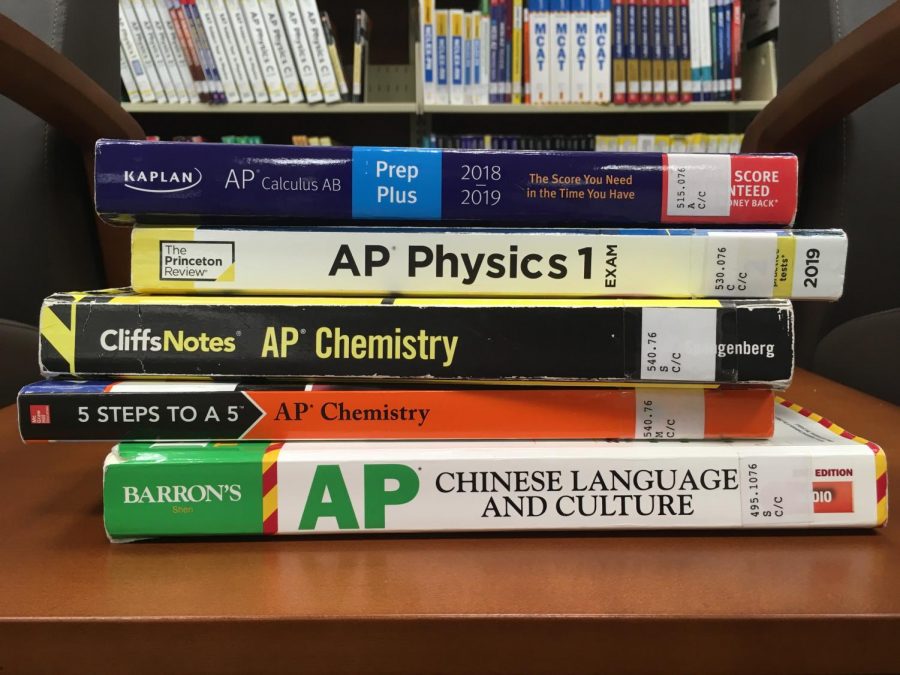 International Baccalaureate (IB) and Advanced Placement (AP) classes are both touted as college-level preparation for high school students. In Sequoia Union High School District, Sequoia is the only school offering IB. Locally, there are only 6 IB schools.

“Students wanted to do more advanced work in high school…it’s now not only something that can give you college credit and college placement, but it’s also something that makes your high school transcript look like you took the highest possible classes,” said Woodside AP coordinator Stephanie Finader. “Students that take AP tests actually do better in college, even if they do poorly on the AP tests.”

“In AP, students have to develop their own personal understanding of the subject matter, rather than just parroting back what the teacher said. And that’s very much this college style of learning that you have to really internalize the subject matter…In AP you have to connect what you’re learning to everything else that you know and make it part of the way you think,” Finader said.

The IB program is run by the International Baccalaureate Organization, located in Geneva, Switzerland. It was founded because of a lack of standardized curriculum across the world.

Contrary to AP classes that are only offered in the United States, IB classes are administered globally. More colleges and universities abroad recognize IB and reward credit.

From the IB Learner Profile, “The aim of all IB programmes is to develop internationally minded people who, recognizing their common humanity and shared guardianship of the planet, help to create a better and more peaceful world.”

The program was adopted in 2002 to help Sequoia gain more students.

“Through the late 90s, Sequoia had AP classes and it was pretty good but they were studying students, [and] Sequoia’s reputations was faltering…The district decided to adopt [IB] in 2002 and since then, Sequoia’s reputation has improved and now people from other high schools [are] trying to get into Sequoia for that. So it helped turn around and revitalize Sequoia,” said IB graduate Andrew Mancini.

The IB Diploma is another unique IB component, where students can take a specified set of classes and earn an IB Diploma along with a regular high school diploma.

“There is a lot of data that shows how participating in the IB Diploma Program can lead students to enroll in 4-year universities, and graduate with a bachelor’s degree, the statistics are higher for IB students versus a national cohort,” McCahon said.

IB places a higher weight on developing critical thinking in their students. All curriculums are reviewed on a seven-year cycle to make sure they reflect the changes in educational research and the world.

“The curriculum for each subject really focuses on critical thinking, not just sheer memorization of content, but critical thinking skills like analyzing information, making connections, synthesizing and questioning,” McCahon said.

“They care about making this world better. And they care about instilling characteristics and skills in young adults that will give them the tools to grow up and make a difference in this world.”

The skills learned through IB may help through high school, but could also transfer to college. Mancini graduated from Sequoia with an IB Diploma in 2021, and has already seen benefits, only two weeks into the school year.

“As far as the skills, whether it be analysis and critical thinking, … [are] definitely something I’ve noticed…I think even just giving me the confidence in terms of writing and research with the Extended Essay and the other internal assessments… I definitely feel it’s useful [in college],” Mancini said.

This goal is also reflected through exams. Most IB exam questions are written and open-ended, while AP tests have a larger multiple choice section.

The different styles of tests can be an advantage for some, and a disadvantage. This can be based on a student’s learning and study styles and, for senior Marta Olson, confidence somces from writing longer papers, so IB testing is a better fit.

“I think it’s a person by person thing. For me, because I am a pretty decent paper writer, it’s been helpful because I know that I’ve  gotten at least some part of my scores locked into being pretty good right now, but for some people who are better test takers and seemingly worse at writing long term papers, it’s a problem for them,” Olson said.

“I think AP is a lot more formulaic, there’s certain types of problems you know you’re going to see on the exam, whereas in IB it’s a lot more of trying to interpret the problems…AP is easier to study for.”

Regardless of the differences, both IB and AP students interviewed said classes were useful.

“Most of the [IB] projects were these long term projects that were assigned and then they’d be due in a month or two. I think having time management and planning out little, if not mini deadlines, steps along the way that I wanted to do to make sure that over the course of a month or two months I was making progress. That’s definitely coming in handy,” Mancini said.

“My AP class taught me time management, and being more independent in motivating myself, because I think that AP teachers expect you to motivate yourself to do well. And they still offer help, but they expect you to be more academically mature, as opposed to my other normal classes,” Warren said. “So I think that’s taught me a lot about holding myself to a higher standard and getting on top of all my work.”

IB and AP are equally rigorous and beneficial, but Sequoia staff and students prefer IB, for the experience it gives beyond coursework and credits.

“The most important thing to me about IB is the experience, the learning, the growth, and the preparation you have and if it does happen to lead to college credits, great, but it’s still worth it if it doesn’t,” McCahon said.