As school starts so does the anxiety 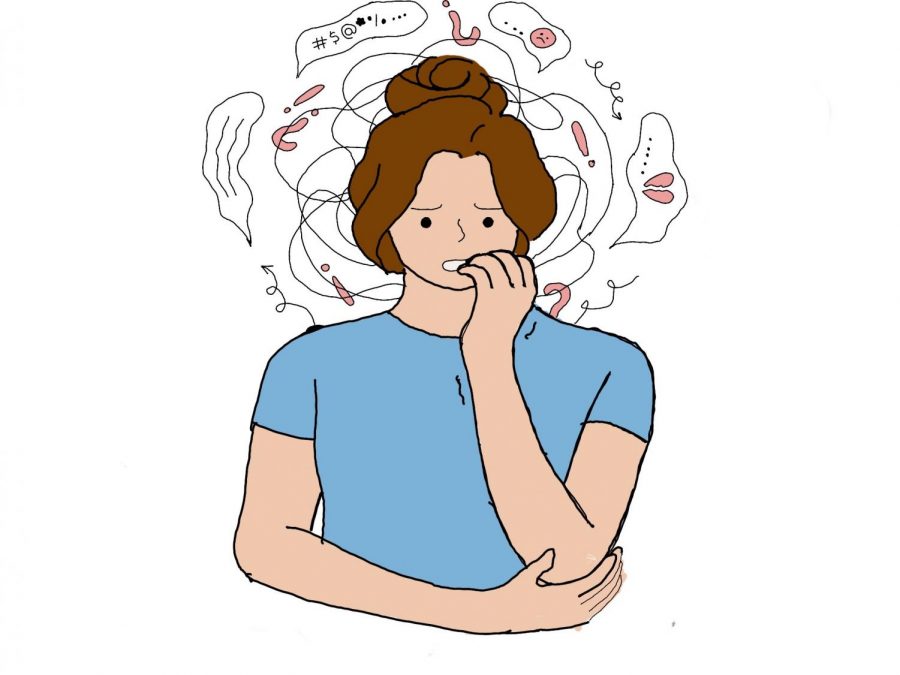 With school starting back up again students at sequoia are around a group of people for the first time in a while. With school starting back up again students don’t have very much privacy to themselves and with no privacy, students with anxiety have no room to comfort themselves the way they could when doing distance learning. Communication has been a lack not only for adults but for the younger generation. The feeling of anxiety is like having everyone watching you when they’re not and thinking that people are making fun of you every move you take. At least for me that’s what the first day of school was like, it might feel different for others.

Research says that 7.1 percent of children ages three to 17 have been diagnosed with anxiety and since February 2021 a Pew survey showed that 70 percent of teens say anxiety is a major problem and an additional 26 percent say that it’s only a minor problem.

With the major increase in the percentage of people saying that anxiety is a major problem,  I wasn’t too pleased with the idea of school starting back up again.

“When I’m in really big crowds, especially with people I know and school just in general, my anxiety really gets to me,” sophomore Jessy North said.

Students that struggle with this mental illness affects them in many ways socially and maybe even academically.

“Sometimes when I get too nervous or anxious it affects me to want to leave the class and I don’t want to be near anyone so it just causes me to have social problems,” North said.

Anxiety being a very serious thing  because it affects so many kids worldwide, it can be serious thing especially while being at school. Many students don’t feel comfortable with sharing their illness to others, especially with them having this mental illness just having to deal with this in silence.

“I’ve told some teachers but others I haven’t told becauseI personally I feel like they won’t understand,” North says

Some teachers want students to be comfortable with the idea of sharing with them what they are going through because they might have gone through it themselves.

People who have anxiety and have very social jobs, especially like teaching,  can really affect them. It can get to the point where it gets harmful and takes the fun out of their job.

“I have had to be hospitalized for my anxiety… Before my first year of teaching I got so anxious about being a teacher for the first time as the school year was approaching that I stopped eating and sleeping and I ended up in a psych ward for four days,’’ chemistry teacher  Jonathan Holcomb said. Teachers have gone through this experience themselves and have had a glimpse of what some students are going through especially at such a young age.

“ I try to remember that I know how it feels so I hope students know that I understand and they feel that I am someone they can talk to,” Holcomb said.

“Students are so young and you’re dealing with so many different  things in your lives, school, making friends, your familys, some students have jobs, or sports so I think that the pressure to be successful in many different areas of your life, like successful with friends or being socially successful because that is important,” Holcomb said. “I think all these pressures that students face to get good grades and be really involved and on top of that to help out their families, I think that that’s a lot for students to deal with.”

“I believe that schools should encourage their teachers, their counselors and all of their administration to recognize signs of mental health crisis for an emergency and then have some training for that, the other thing is I think the schools need to keep establishing that it is ok and normal to talk about these things and that they happen to everyone because the  more that we can show students that these issues are normal, the more we can make students feel more comfortable,”Holcomb said