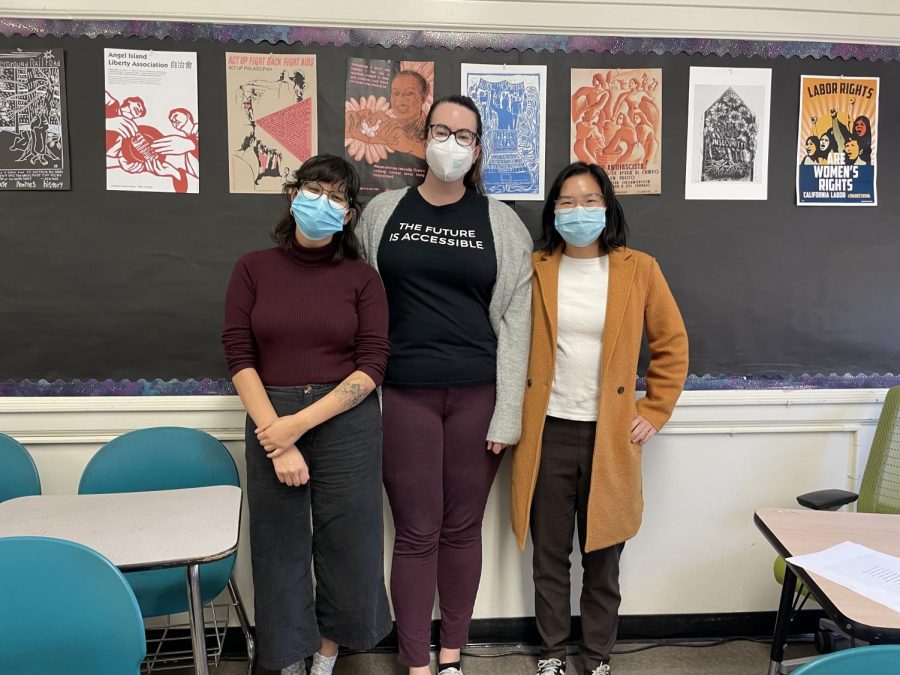 As Sequoia students return to campus, a course for the last two decades is not coming with them. Over the online school year of 2020-2021, Sequoia Union High School District teachers, including Sequoia’s own history teachers Diana Nguyen, Melissa Díaz, and Claire Kerby, helped to implement Ethnic Studies in place of World Studies in district high schools, beginning this year.

The Ethnic Studies curriculum at SUHSD centers on the intersection of ethnicity with other social categories, and how different ethnic groups have been treated throughout history, with a focus on the history of local ethnic groups, such as the Ohlone tribe. The class will be split into four units, starting with Introduction to Ethnic Studies, Identity, and Narrative, then Migration and Movement, then Systems of Power, and lastly, Power Movements, Transformation, and Change. Its goal is to teach students about the cycle of oppression through a critical lens so they can not only understand how identity relates to power, but be inspired (and know how) to make change. It will not be a complete shift from World Studies – more accurately, it will dive deeper into the history of oppression and resistance.

Freshman history teacher and Ethnic Studies curriculum developer Melissa Díaz explained how the curriculum will transition. “World Studies isn’t going to go away, it’s going to be incorporated into the 10th grade curriculum [of Modern European History] that has already begun to move towards World History…Ethnic Studies will link up the stuff that we talked about in World Studies, and link it to the local, making it really relevant to students,” Díaz said.

Previously, World Studies focused mainly on imperialism in Latin America and the US impacts, as well as the colonization of Africa. The sophomore history class, Modern European History, was unrelated to World Studies. The change in curriculum plans to integrate the two classes more, giving a more cohesive understanding of history as well as more perspectives.

Youth Board of San Mateo member Zara Ahsan shares Díaz’s belief that Ethnic Studies is more relevant. As a senior at Sequoia herself, she remembered her freshman World Studies class, but not in high regard. “We don’t really analyze from different points of view. Maybe we focus a bit on apartheid but we don’t focus on all the other cultural history that we have, what we focus on is basically wherever Europe had an impact. I think it needs to be more comprehensive, because people in our school are from all different backgrounds and they don’t learn anything about their history,” Ahsan said.

Understanding parts of one’s own culture and history can be very important. Learning about the oppression faced by certain groups is just as important as learning about the joy of their culture. Where World Studies taught students about the hardships of different groups of people throughout history, Ethnic Studies will try to teach students how to relate this to their own ethnic racial, gender, and class identity, examining what role they can and do play in making history.

Student counselor Melissa Perez, who took a Latin American studies class as a student at Sequoia in the early 2000s, described how this class inspired her.

“Learning about Latin America was really helpful, and empowering to know that we [Latinos] have cultural heroes, and that we also made an impact not only in our Latin American countries but in the world,” she said. “I definitely think that having classes where you’re able to explore different cultures and ethnicities is really valuable, versus only focusing on one country’s history.”

Though it is true that World Studies focused mainly on European countries or the effects that white countries had on other places, many students still feel that they got a lot out of it.

Sophomore Mariah Gutierez said about her World Studies class from last year that the class “really opened [her] eyes up to a lot of things and also [she] learned a lot more about current events like BLM and other important issues that [she] never learned about in past classes.”

Ethnic Studies is being introduced because it will do all of these things – opening students’ eyes to new perspectives – while also questioning where these perspectives are coming from and why they hold, or don’t hold, value. Gutierez continued, “A lot of people of color… have contributed in a lot of ways and they’ve been involved in a lot of historical events, so that intersectionality [of race and history] is really important, and that’s something that hopefully freshman students this year understand a lot more.”

While the Ethnic Studies curriculum only started at Sequoia on October 12 because the first quarter of freshman history is Life Skills, students and teachers are already trying to get it implemented in more school districts. However, this may not be so simple, as it did take some convincing to get it introduced in SUHSD, being called controversial and drastic by some parents and teachers.

San Mateo Youth Board member Ahsan recalled this difficulty as she was a part of the committee to include Ethnic Studies. “When we were trying to get it passed in previous years, we faced a lot of opposition. Whether it was based on, like, ‘Oh, it’s too difficult to include,’ or if they just didn’t want to include it. So we’re definitely trying to get past that,” she said. “What we want to do is have all schools mandate, or at least include, an ethnic studies course.”

Sequoia is an important part of this fight to put Ethnic Studies in more districts, with students like Ahsan, teachers like Díaz, Nguyen, and Kirby and a supportive community to back them up.

Danny Bliss, head of the History department at Sequoia said, “I think that Sequoia is at the vanguard of the ethnic studies movement – I know that we are in this district, and that’s mostly a credit to those teachers but also speaks to how our school community, other teachers, administrators, parents, and students of course, are ready for, welcoming and excited for this long overdue change.”