Racism is not a trend 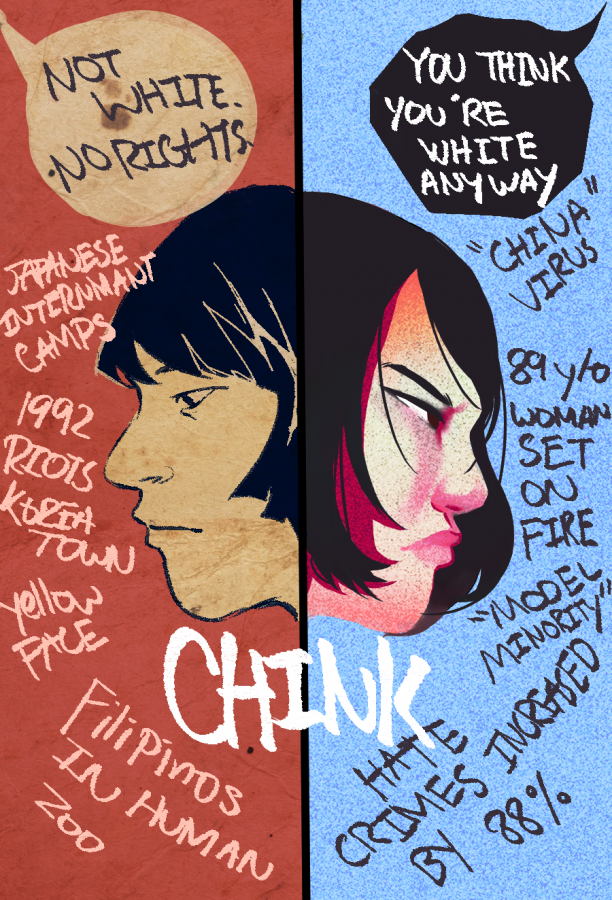 If you’re Asian and living in America, you have probably experienced some sort of racism in your life without even realizing it. The coronavirus pandemic has escalated racism against Asian-Americans, but racism against the Asian community has always existed, woven into our societal fabric, throughout history. The prevalence of anti-Asian racism and it’s normalization has allowed it to slip under the radar and be brushed aside as unimportant and non-threatening. However, with the COVID-19 pandemic, these instances of anti-Asian hatred have become impossible to ignore- “Chinese virus,” “Kung Flu” being overt examples of this. Furthermore, these are phrases, not just used by ordinary citizens, but also by powerful and influential figures in our country, creating a rhetoric that it is acceptable to perpetuate anti-Asian sentiments.

The Asian community is under attack right now. Small businesses are being vandalized, the elderly are being beaten, we are being called slurs, harassed, spit on. On March 16, 2021, eight people were murdered in a massage parlor in Atlanta. Six of whom were Asian-American women. This revolting act of hatred and perversion is not, however, unlike the United States of America. It is not uncharacteristic or out of nowhere. We have been experiencing centuries of oppression- overt, covert, subtle, violent- and this disgusting crime was a continuation of, not only all the violence this community has faced as of thus far, but a continuation of subtle comments, nuanced critiques, microaggressions and everything that has ever been said or gestured with the implication that we are less than because we are Asian. Microaggressions against Asians are also an everyday occurrence. Racial insensitivity is a relevant issue among all ages. Many Asian children experience racist jokes on the playground. Our cuisine is often the punchline of jokes during lunchtime. Our appearances are often mocked. These microaggressions are drilled into us from childhood, forcing the narrative that we don’t matter, that we are not welcome. These comments are made with such indifference, that, in addition to the harmful matter, they hurt us and with no effort at all.

In order to eradicate hate against Asian Americans, people must recognize the prejudices within themselves. Whether you are a part of the Asian community or an ally, we must take accountability for our actions and call out the actions of others. This means educating yourself about the racism that Asians have experienced for centuries and taking action within your community to stop it. Do not let the blatant hate and oppression of Asian-Americans slip by you. Do not let your contribution to this movement become limited to just a series of posts on social media. Bring your activism to the dinner table, to your friend group. Never settle for anything less than what each Asian-American deserves. Never settle for hatred. It is your responsibility to uphold the respect for Asian-Americans that you believe they deserve. It takes every single one of us.

As the Sequoia Asian Student Union, we must address these issues as they have not only impacted us, but the 18.6 million Asians that live in the United States. The murders in Atlanta have brought up what was bubbling just beneath the surface, instilling a fear and paranoia that affects how we go about our daily lives and our concern for our relatives and elders. Our goal as a club is to shed light on these issues that we, as Asian Americans must endure, having gone on for far too long, and to provide a space for people to share their experiences and emotions.