Signing Of The Times 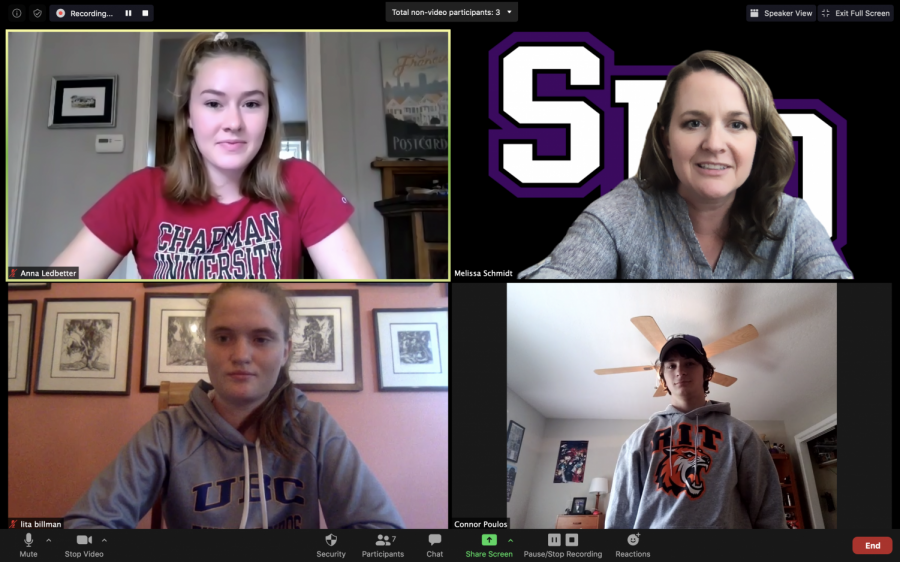 Senior athletes have worked hard throughout their past four years of high school, working on their craft and bettering their skills to compete at a high level. On Friday, May 22nd, Athletic Director Melissa Schmidt held a virtual signing day to celebrate these hard working athletes for committing to play at the next level in college. Since these athletes did not get a chance to have a signing day at school due to the stay at home order, Schmidt wanted to make sure that their work and determination was honorably recognized before they graduate. It is important that we acknowledge these seniors for the hard work they put into their sport and congratulate them on becoming college athletes. Read below to find out where the Sequoia class of 2020 athletes will be continuing on their athletic careers.

Anna Ledbetter, in the top le of the picture, is going to swim at Chapman University. Led- better has been on varsity swim for all four years of high school, she played JV water polo sophomore year and varsity water polo junior and senior year. She was a varsity captain her senior year. She earned most improved freshman and sophomore year for varsity swimming and the varsity water polo team her senior year were league champs. She will be going on to earn a BFA in art at Chapman.

Lita Billman, in the bottom left of the picture, will be playing soccer at the University of British Columbia. She played varsity soccer at Sequoia all four years. Was rst team All- League and goalkeeper of the year for the past two years. She will be studying to get her Bachelor of Arts at UBC.

Alvin Fuentes, not pictured above, will be playing soccer at Juniata College. He played two years on JV soccer and two years on varsity. He was on the all league team for JV his Freshman and Sophomore year. He is going in undecided at Juniata.