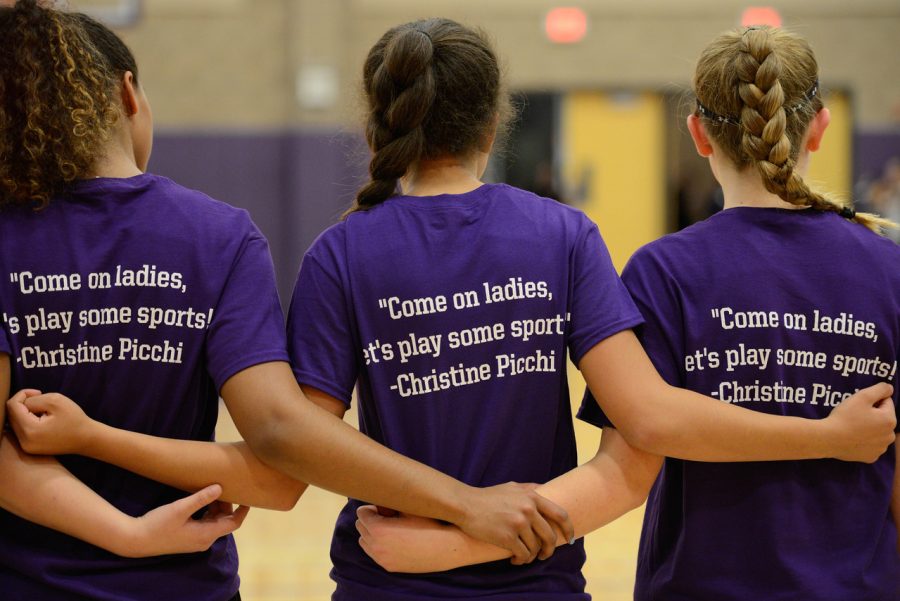 Christine has autism, limiting  her verbal and communication skills; but she has a very special talent of singing, and she uses it to the best  of her ability. Christine also comes to almost all of the girls practices and games to show her support for the team and spend time with her dad. She often participates in practices, shooting free throws with the team and giving the team motivational statements when they need to hear it most. During the games, Christine usually sits on the bench with the players, filling her special role of “breaking the team” after a huddle during timeouts and halftime.

“She is a multifaceted member of our team. She sings the national anthem. She’s my assistant coach. She’s a special motivator, and she’s also on the team because she makes baskets at practice. She can kinda do a little bit of everything,” Coach Steve Picchi said.

With her autism, Christine has trouble processing and forming her own sentences, but she has a great memory and is able to memorize all the lyrics of the anthem, as well as other songs.

“I’m not an expert on this, but my understanding is that the speech, language and singing use different parts [of the brain],” Coach Picchi said.

With Christine’s ability to sing, and sing well, she has been working on her talent for the last couple years at various events. Not only does she sing at the Sequoia basketball games, but also at other Sequoia sports, and performances outside of Sequoia such as Blues shows.

Christine loves singing, and audiences love to hear and see her sing. She is so experienced now that when asked if she gets nervous before singing, she always responds, “I’m not nervous.”

One of the most special things about Christine besides her singing is that she participates in practices and games for the girls varsity team.

“Christine does a lot of things to participate in the team. For example, she attends our practices and really motivates us when we need that extra push,” senior and varsity basketball player Sharon Sandoval said.

“Christine is super motivational for all of us during practices and games. If we are ever tired or not doing something right, Christine will yell one of her famous phrases, and we immediately feel more motivated to do even better in the next play,” junior and varsity basketball player Jacqueline Kurland said.

The team also greatly appreciates Christine’s happy presence, which has an effect on all of them.

“At practice when she gets called up to shoot some shots for us, she gets really happy and that just brightens up the whole mood. Her smile and happy presence motivates us and pushes us to become better players and team-mates,” Sandoval said.

Christine’s presence not only positively impacts the players but impacts the coaches and staff, especially Coach Picchi.

“I don’t know that I would be able to justify the time spent [with the team], if Christine wasn’t a part of it. She allows me to be a coach at a serious level where there’s a huge time commitment because she can be with me and she enjoys it,” Picchi said. “Whereas if she hated it or she wasn’t really part of it, then would have trouble justifying it. She keeps things in perspective for me, as crazy as I get and intense as I get at times, I look over to her and realize she needs a happy dad. So I can remember to keep it in perspective.”

Christine loves being with the girls and the girls love having her on the team as well; if you ask the team, they will tell you she is a huge part of their success. The team greatly appreciates her, so much so that the girls made t-shirts with Christine’s famous catchphrases on the back. If you want to come support and watch Christine sing the anthem, come to any of the home basketball games next season to see her in action. 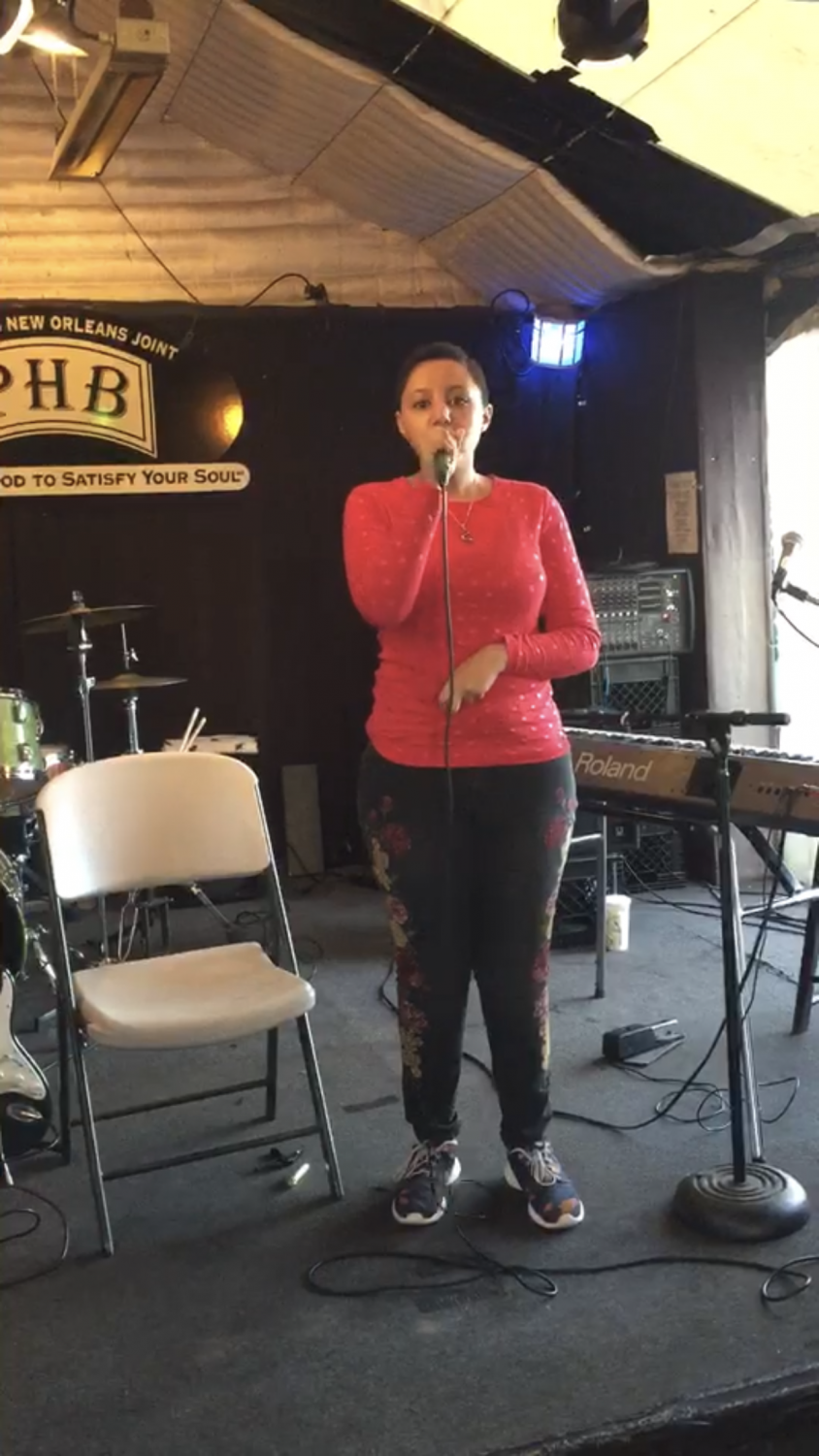