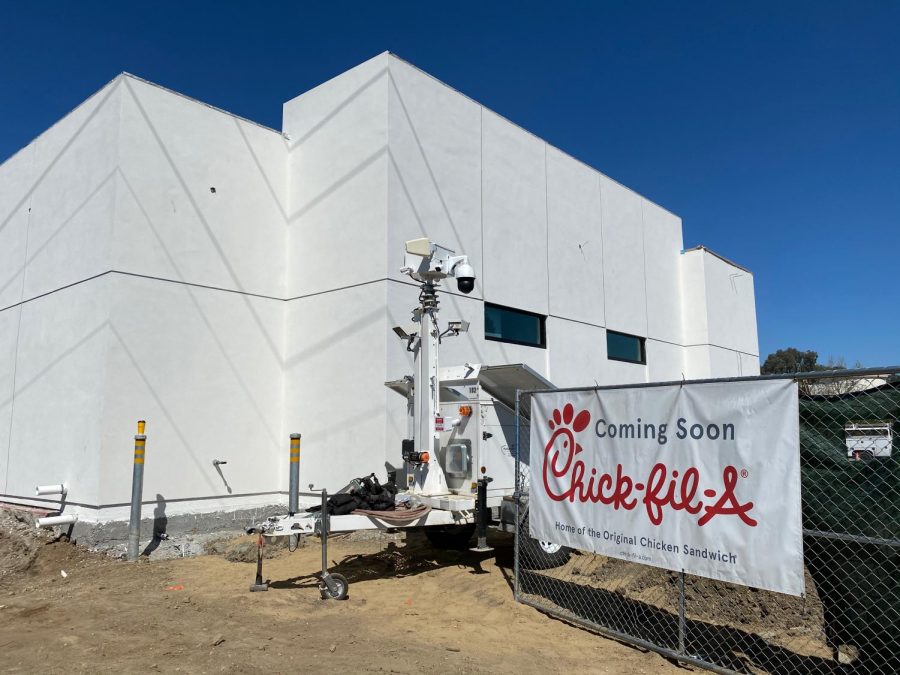 For a number of  years, the San Mateo county did not allow Chick-fil-a to open a location anywhere in the area because of their previous ties with openly homophobic groups. However, since that controversy is coming to an end, they officially approved Chick-fil-a to open in Redwood City. Despite the controversy, Chick-fil-a is a booming business. So many people love Chick-fil-a and are huge fans of their famous chicken sandwich. Before this new location, the closest Chick-fil-a restaurant to us was in Sunnyvale, which is a very long drive for most Sequoia students and Chick-fil-a fans.

“I’m very excited that one is finally opening near us,” sophomore Violet Buruaivalu said.

Along with the new brick and mortar location opening on Whipple, a Chick-fil-a location was put in in October, at the new Doordash Kitchen in Redwood City. In the Doordash kitchen only doordash orders are made, so it is not a restaurant, but a quicker way for doordashers to pick up their orders. Now Chick-fil-a Doordash orders are able to arrive quicker and at lower prices, but this still isn’t convenient for people who don’t use Doordash or who don’t want to spend money on the extra delivery fee. Thus the new location on Whipple will bring in a lot more people and will make Chick-fil-a fans very happy.

“I love Chick-fil-a! I’m so excited for the new opening in Redwood City! I’m going to go all the time,” junior Gracyn Langford said.

The new opening is getting many students excited, but some are worried about the location of the new restaurant. The location is pretty small, and it’s off of a busy street.

“I’m pretty excited for [the opening], but I think it’s gonna be really hard to get to because I heard it’s in a weird location, with a lot of traffic and parking is probably going to be difficult,” senior Davin Leathers said.

Despite the bad location, Chick-fil-a fans are hopeful for the new restaurant. People are excited for the opening and feel that this location will be a popular choice for many Sequoia students.

“I think the Redwood City Chick-fil-a will do really well here because everyone likes it in this area,” junior Damare Ward said.