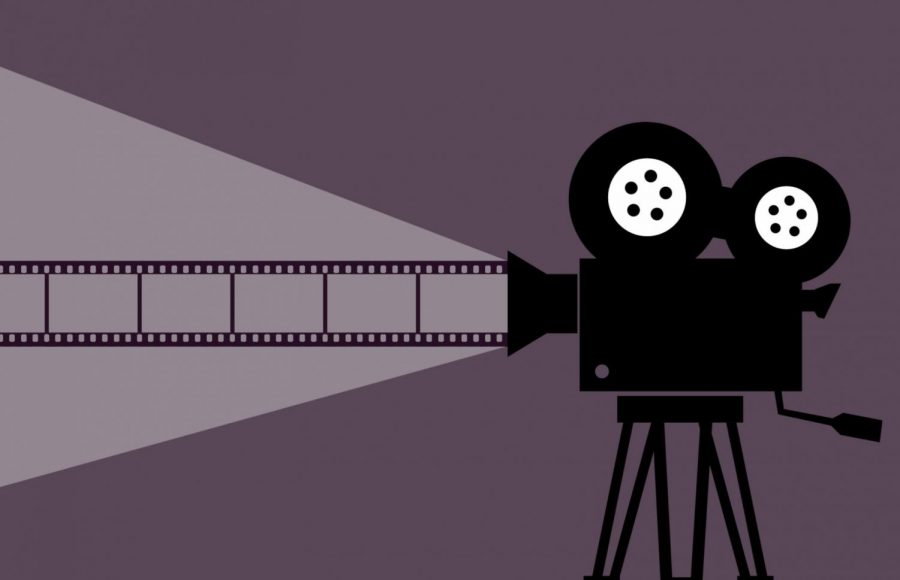 There are thousands of awards given out every year to the best and brightest in the entertainment industry for their “outstanding performances” or “incredible talent.” Celebrities put on their puffiest gowns, most handsome suits and dazzling smiles to attend the Emmys, Tony’s, Oscars, Golden Globes and dozens more award shows in hopes of going home with a shiny, somewhat heavy award. Each year tries to out-do the last, but the ratings aren’t going up. People seem to finally be over the “golden age of television and movies.”

Netflix. Hulu. Amazon Prime. Disney+. iTunes. Streaming services like these have been shooting up in popularity in the past decade, but with their rise in the ranks comes the demise of the movie theater business. This year’s Oscars had the lowest viewership ever, with 23.6 million people watching, a 20 percent drop off from last year. People would rather sit on their couch in pajamas eating day-old pizza for breakfast and watch “Sex Education” than go out to the theaters to see a new movie. This new and scary societal norm plays a crucial role in the breakdown of Hollywood award shows. If you don’t see any of the films up for best picture, why would you care which one wins?

In a survey of about 120 people asking whether they watch award shows, 54 percent said yes. However, in that same survey, only 30 percent said that the outcomes influence the movies, television shows, or music they listen to. The point of award shows is to shine a light on artists and performers who did exceptionally well in the past year so that people respect them and watch more of them. Less than a third of people surveyed said this is true for them and that the winners do not influence what they choose to see. This begs the argument that award shows are not living up to their purpose, and therefore have no role in our society. If this is true, it would make sense for them to stop being made, which is the mindset of many both in and outside of Hollywood.

Another critical facet of the downfall of these glamorous ceremonies is their bias. The popular hashtag “OscarsSoWhite” is still trending this year, five years after it began. It was started in 2015 by April Reign to inform social media users about how very white and very male Oscar members and voters are. Since then, it has only grown in popularity, and is unfortunately still true today. Not only race but also gender comes into play when voting time comes around. The most prominent example of this in2020 is Greta Gerwig’s Best Director snub for her film “Little Women.” Other than the Korean director Bong Joon Ho (who won), the category is entirely white and male. Even when ignoring race, gender, and other common discrimination factors, bias is present.

A common belief, whether true or not, is that voters choose movies that are getting the most attention at the time award shows are taking place, not ones that deserve to win. “I hate how shows or movies win based off of popularity, not how good they actually are,” sophomore Ryan Zeh says.

This unfairness in the voting system (not unlike the unfairness in our presidential voting system) is decreasing the viewer ratings even more. No one likes to watch undeserving and egotistical people win for what seems to be the hundredth time. (It is not completely fair to say everyone who wins is undeserving, but it tends to feel that way when the person you wanted to win has lost to someone you have no interest in.)

Despite the bias, if given the chance to attend an academy award show, 73 percent of the previously mentioned survey said they would go. This is understandable, considering you’d be given the chance to walk the red carpet, meet celebrities, and participate in the biggest night in Hollywood. But it completely contradicts the rest of the data. Only 39 percent of those same voters said they’d rather go out to the movies instead of watching Netflix at home. Just one third said they go to the movies more than once or twice a month. The excitement of seeing or talking to celebrities should be based on their talent and skill from their performance, not their social status in Hollywood.

Academy awards, as glamorous and prestigious as they look, are dying out. Each year brings more complaints about unfair winners, boring speeches and poor fashion choices. A great many of the speeches at this years’ award shows were roasting Hollywood, not praising it. If you watched Ricky Gervais’ opening monologue at the Golden Globes, you will have an idea of this. The reluctance of the average person to see a new movie leads to a reluctance to watch the award shows, which means you don’t care about which movies win so you won’t see those new movies. It is an ongoing cycle that could likely end with the downfall of movie theaters. It’s up to us to decide whether or not this will happen.