Sequoia Shows Out On Senior Night 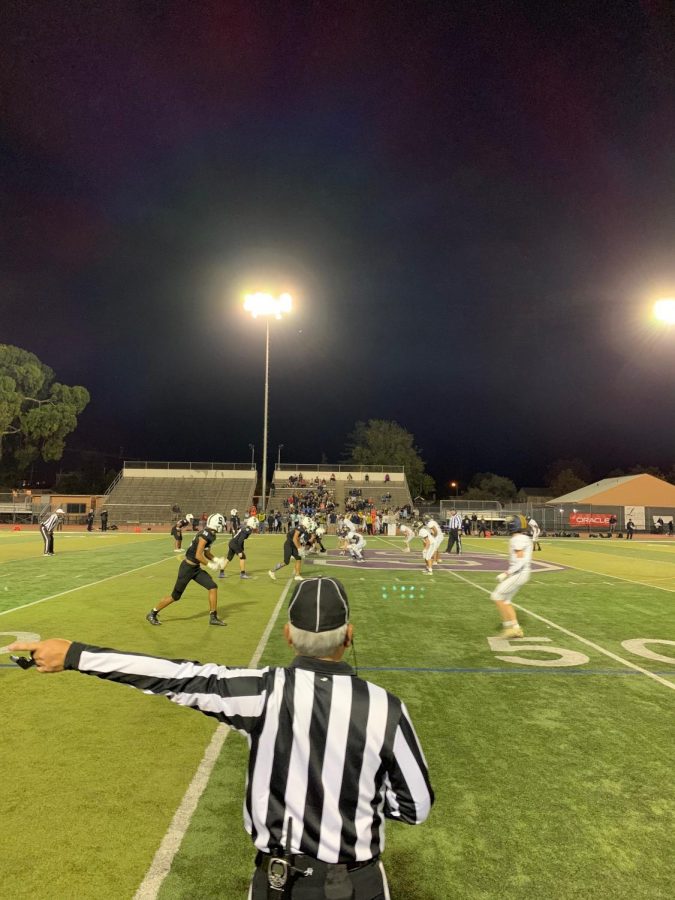 Coming into Friday night’s game, Sequoia was 3-5 and in dire need of a win to get back on their feet. They were matched up against Menlo High School who had the same record of 3-5 and had lost their starting quarterback for the remainder of the season due to injury.

“We were really confident going into the game and we believed if we stuck to our gameplan and didn’t try to force anything, we could come away with a win,” starting safety Nolan Tarzon said.

Giving Sequoia even more momentum, it was Senior Night where every senior on the team was celebrated for their dedication and hard work throughout the past four years.

“Senior night is always a good time and gives us a little more fire and passion before the game. For me, I have had such a good experience the past four years and hearing my name called was a great feeling,” senior starting wide receiver Travis Reeves said.

Following the senior-related ceremonies, the game started and Sequoia kicked off. Menlo moved swiftly down the field capping the drive off with a 26-yard touchdown pass on 3rd and 6 to give them a 7-0 lead. However, on Sequoia’s opening drive, Simon Talauati dominated, running for over 45 yards on the drive including a big 32 yard run up the middle. Junior quarterback Kyle Parker finished the drive off with a 3-yard keeper into the endzone and just like that it was knotted up at 7-7. Following a few drives ending in failed fourth-down conversion attempts, Sequoia took a 14-7 lead with an 8-yard touchdown run by Talauati.

“We were playing good football, getting stops on defense and pounding the ball on offense. They couldn’t stop our run game,” senior starting center Evan Velline said.

After another turnover on downs by Menlo, Sequoia was looking to take a two-score lead before the half. Unfortunately, on second down, junior quarterback Damare Ward threw a pick 6 giving Menlo much-needed life.

“I misread the coverage and that one’s on me,” Ward said regarding the interception.

So at the half, it was anyone’s ballgame with the score tied at 14-14. The third quarter was scoreless as defenses held strong for both teams. Though on the first play of the fourth quarter, Sequoia found paydirt as Talauati scored for the second time on an 11 yard run, shaking off multiple would-be tacklers. Sequoia was firing on all cylinders and a few drives later, on fourth and 1, junior Steven Stone took a snap under center and ran 7 yards for a touchdown.

“Our defense was playing phenomenal and our offense felt unstoppable. We loved the energy from the crowd and we were looking to close out the game strong,” Reeves said.

Ultimately, Menlo was able to put up one more touchdown but Sequoia matched that, leaving a final score of 34-21.

“Overall it was a great game and we were so happy to have won on Senior Night. This was my last ever home game and I am glad to have gone out with a win,” Senior Nolan Tarzon said.

The Ravens have one more game on the schedule next Friday against Carlmont. It should be an intense and competitive game as there is a strong rivalry between the schools. Sequoia will look to close out the season 5-5, while Carlmont looks to get their first win in league play.