Sequoia officially changed the name of the mascot from Cherokees to Ravens after a unanimous vote from the Sequoia Union High School District School Board on April 17. The announcement led to an uproar from Sequoia’s alumni community on social media. Responses differed within current students as some like the change, while other disapproved. 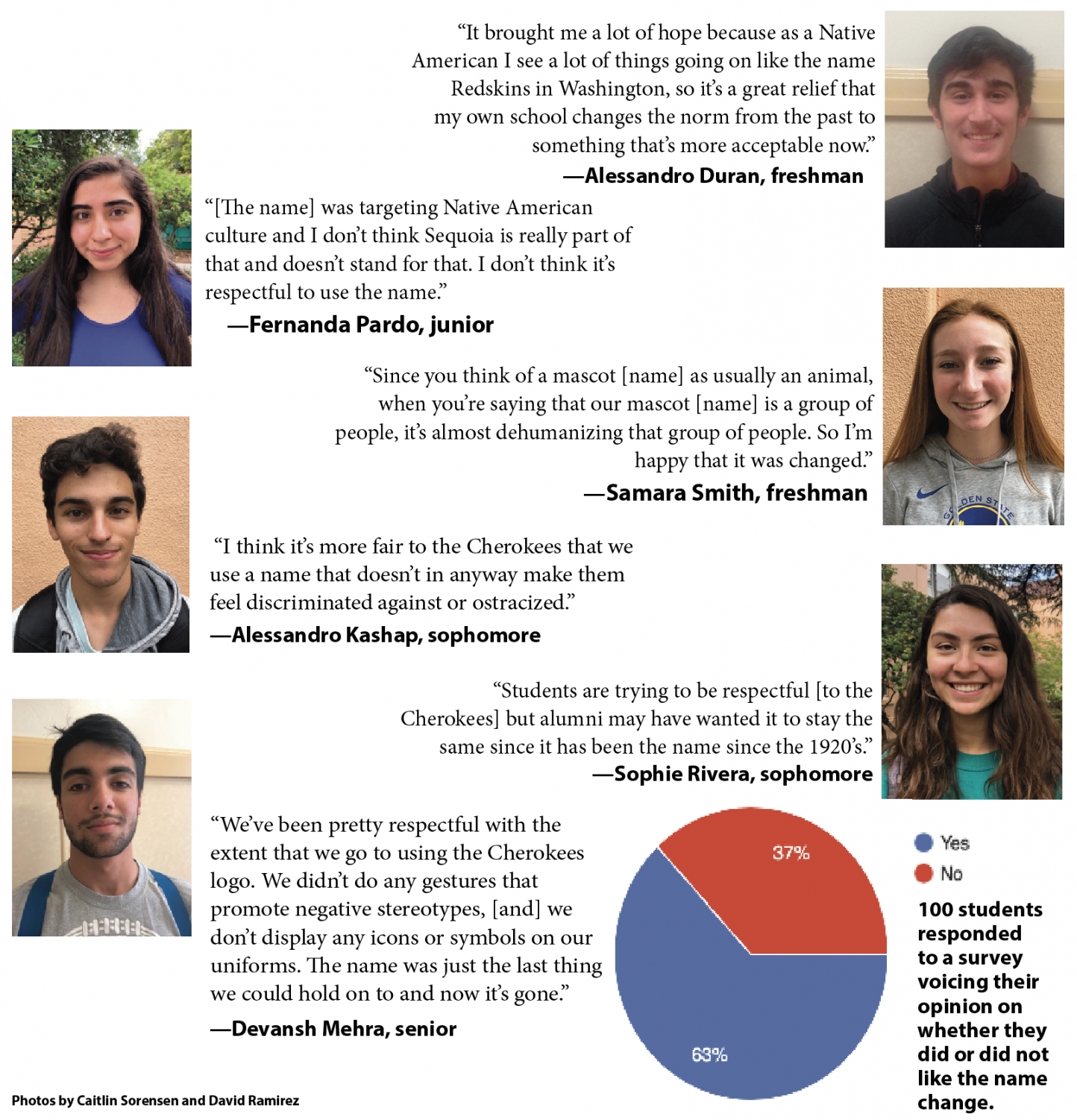