Ravens delve into faith with trip to Panama to see Pope 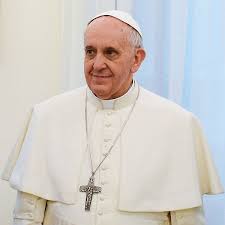 Pope Francis’s comments on topics, including divorce, gay marriage, and the sexual abuse scandal within the Catholic Church, have led to controversy.

In celebration of World Youth Day, four Sequoia students traveled to Panama City Jan. 22 to Jan. 27 with their youth group in order to hear from Pope Francis.

“What encouraged me to go was knowing that just by contributing and having this experience, I could make a change like the millions of people who have gone to this meeting with the Pope before,” senior Edwin Galicia said.

World Youth Day is an international event for young people hosted every two to three years by the Catholic Church where the Pope presents a message for the youth. This year’s event ended with the Pope holding a mass in the morning and giving a speech thanking the youth for coming in the evening. More than 500,000 youth traveled to Panama for the event.

“I remember every detail of the night [the Pope] spoke to us. The other priests who joined him also spoke and what they said really touched me,” sophomore Eric Galicia said.

This trip marked Pope Francis’s first visit to Panama and the first time a World Youth Day was held in Central America. Pope Francis, originally from Argentina, has taken more liberal stances on traditional issues, which has sparked controversy between those who appreciate the Catholic Church’s shift towards these ideals and those who do not. Recently, he became the first Pope to publicly acknowledge the sexual abuse scandal within the church.

For the youth who went, seeing the Pope made a profound impact.

“Going into the trip and going to see the Pope, I wasn’t really feeling it. At the time I was going through some stuff, but once I saw him and once he spoke it made me relax,” sophomore Carmelucia Sabrían Rivera said. “I was sobbing. I just had this peace in me. Something told me that everything was going to be fine, and that all the stuff that I’m going through was just going to go away.”

The night prior to the Pope’s mass all of the youth from across the world came together in the field where the Pope will deliver his sermon the next day.

“Once arriving there, it was like a different world. The vibe there was all happiness and joy. Many people were dancing and singing and seeing the thousands of people that were going there was amazing,” Edwin Galicia said.

While on the trip, the students connected with those in the local community, youth from other parts of the world, and the around 100 other youth from Northern California who they traveled with. These connections largely came from singing and dancing, particularly on the night before the Pope spoke where many were too excited and anxious to sleep.

“I joined a dance with people from Germany, Columbia and Spain. We danced in a circle, and I joined just for the fun of it. It was pretty cool just seeing people dancing in circles,” Eric Galicia said.

Since coming back from Panama, Sabrían Rivera has not taken off the rosary, a string of beads used to aid in prayer, that was gifted to her on the day she saw the Pope. She, as well as the Galicia brothers, intend to travel to Portugal in 2022 for the next World Youth Day.