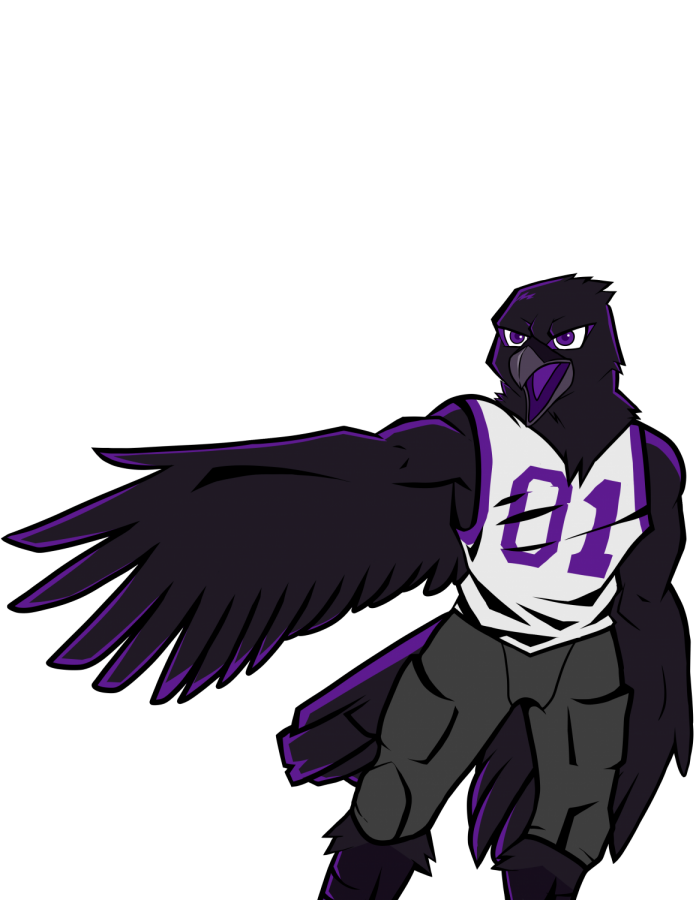 Since the 2001 decision to change the mascot to Raven, Native American imagery has been absent from campus. The work of the Ready 4 Ravens club has made the full change to Raven a real possibility for the school.

As the decision to change the mascot from Cherokee to Raven marks 17 years, the renewed push from the Ready 4 Ravens club to change the team name to Ravens has returned this issue and its discussion to the school board.

In a Ready 4 Ravens poll sent to students and staff in December 2018, 57 percent of 1150 student responses agreed that “Sequoia should retire the Cherokee team name” while 18 per- cent disagreed. The poll was sent with a 6-minute, self-produced video that established the club’s position and reasons to push for this change.

In a letter presented to the Sequoia Union High School District (SUHSD) Board of Trustees, the club cites their primary reasons for changing the name: current confusion of having a separate mascot and team name; wanting a team name they are proud of; adhering to the requests of Native American groups who have asked non-native schools to stop using native names; and complying to the district’s non-discrimination policy that calls for “the elimination of discriminatory or racially derogatory names.”

“The more digging I did, the more I realized, ‘Oh my god, we really need to change this,’” Alley said.

“The middle ground is not fair to the entire student body,” Webb said in an interview with the Raven Report in April 2018. “We don’t have an identity because we can’t write Cherokees on anything and we can’t write Ravens on anything.”

The SHSAA is in favor of the retention of the team name.

“It was always an important thing, when I was at Sequoia, that we were the Cherokees. It made almost everybody that I know feel proud that they had a team honoring the Cherokee nation because of our ties to Sequoya and the Redwoods,” said Nancy Oliver, a Sequoia alumni from the class of 1957 and SHSAA board member.

Former SHSAA Board Member and half-Najavo Daniel Lara, class of 1970, believes this is a community issue, one that includes many alumni who continue to identify themselves and connect to the Cherokee name.

Alley agrees that the issue reaches into the whole community, but says that current students don’t want to be ‘the Cherokees’ anymore. She recognizes that alumni can continue to consider themselves Cherokees and be proud of their school.

The two groups met in June 2018 to discuss their positions.

“We were using almost the exact same sources to make two opposite points,” Alley said. “It was a very respectful dialogue. Both sides felt heard and there was no conflict, but we fundamentally disagree.”

Oliver believes the students presented their opinions very articulately in June. However, the meeting did however present some reservations. A comment from the PE department about wanting to rebrand the team made Oliver wonder if the push to change the name was truly a student-led movement or instigated by the faculty.

The students then presented their position to the SUHSD board at the December 12 public meeting, as an official board agenda item. Following an introduction from Priest and the presentation of their video, Webb, Alley and fellow chairperson, sophomore Andrew Mancini, presented their motivations for changing the team name.

During the public comment session, about a dozen alumni spoke, centering on the intent to honor the Cherokee tribe and identifying proudly as Sequoia Cherokee alumni. Another half dozen parents and community members spoke in favor of changing the name.

As the December session was purely an information session, trustees were not allowed to further discuss the matter. There is no finalized timeline for a continuation of this process, but Board President Georgia Jack says that she, Superintendent Mary Streshly and Vice President Trustee Allen Weiner are in discussion of agendizing the issue for a future board meeting, at which further discussion is allowed.

The future of the team name is a part of a larger update of district policy. The board will follow the recommendation of the California State School Board Association, who will recommend action in accord with Assembly Bill 30, a 2015 bill that “prohibits public schools from using the term Redskins as a school or athletic team name, mascot, or nickname.”

Sophomore Ellie Budde agrees with the change of the team name.

“It doesn’t really hurt anyone to change the mascot to Ravens,” Budde said. “But it does hurt people to have [the team name] as it is now.”

Both Alley and Budde cite the letters from the Cherokee nation as reason to change the mascot. In addition to a December 2000 letter from Chad Smith, the Principal Chief of the Cherokee Nation, in July 2001, the Inter-Tribal Council of the Five Civilized Tribes (a council of five Native American tribes, including the Cherokees and Chief Smith) passed a resolution calling for the elimination of Native American team names by non-native schools.

In the letter addressing Sequoia’s use of the Cherokee name and mascot, Chief Smith wrote “these traditions are a negative and stereotypical portrayal of American Indian people…when a tradition is harmful to a people, is it a tradition worth keeping?”

The Cherokee mascot originated in honor of Sequoia’s namesake Chief Sequoyah, a Cherokee Indian who created the Cherokee alphabet. The mascot and all imagery considered demeaning to the Cherokee people were removed in 2001 following a similar student effort andm subsequent School Board vote.

Club adviser and Athletic Director Melissa Schmidt had been interested in the issue prior to the formation of Ready 4 Ravens. The issue first struck her at a playoff game with the girls soccer team and the announcer asked what their mascot was. “The girls on the team said ‘Oh don’t go there,’ because they didn’t want to be identified as Cherokees,” Schmidt said.

Jack was impressed with the professionalism of the students throughout the process.

Lara commends the students for investigating this issue, but added that racist imagery is one reaching far beyond this community.

“If you really look at the whole picture, I could sit here and give you 1000 things that are said in commercials [and] advertisements and I can go through and show that is all is racist based,” Lara said.

Both the alumni and the student group believe that there should be implementation of education  about Native Americans.

“We’ve all been saying, why don’t we just name something else after the Cherokees like a library, because naming a sports team after them conveys aggressiveness,” Alley said. “In the 2001 decision it was decided that there would be curriculum educating us about Cherokees and there never was. I think it would pretty cool to implement that and stay true to the 2001 decision.”

Oliver agrees that more education should be included.

“We have talked about having bit of orientation for the freshman about the school and its history and traditions and so on,” Oliver said. “The answer we get is, well, there really isn’t a time in the curriculum. So my question is, so if there’s not time in the curriculum to do that, why is there time to allow students who have a position to come into classes and take up class time to present their point of view?”

While the Raven was created as an alternative to this imagery, Lara believes that the Raven could also represent an image of savagery. “Supposedly in Greek mythology the raven was white and Apollo used the the raven to transmit marriage messages to his loved ones. When it came back with bad information, he cast it out and said you are now going to be black,” Lara said. “The other thing is ravens are scavengers they eat dead bodies like a vulture or dead animals.”

The hope of the school board is to reach a final decision prior to the end of the current school year.

“This is a really great learning experience, because this is exactly how you get change in your government,” Jack said. “So it’s completely applicable to any other significant issue that anyone might want to take on that requires a government. For me [the student participation] is probably the biggest factor I consider when asked to vote on it, is that is it really a student-led, student-promoted request.”