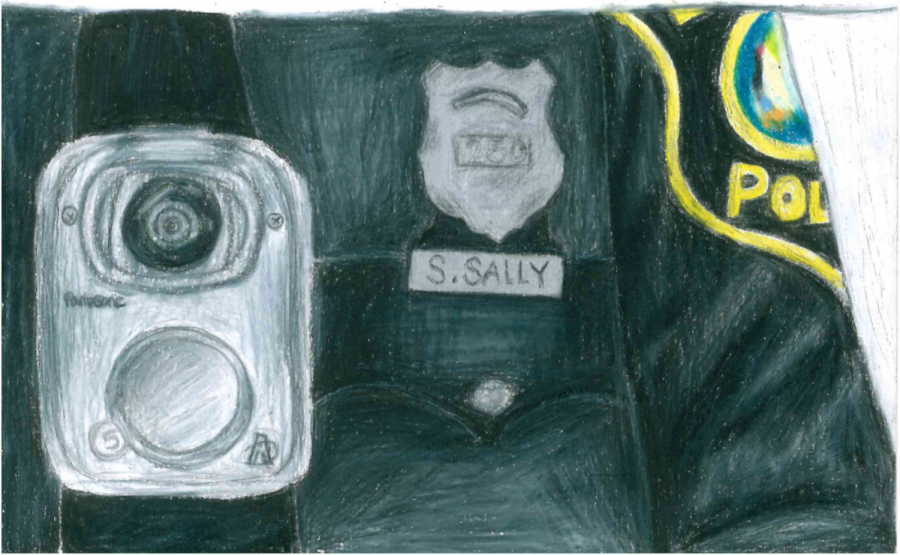 Over the years, instances of police brutality have been amplified in the media and public. The question is, why now? The simple answer is these instances are being recorded — but by civilians, and there is still a lot of information and perspective missing.

Some recordings, like the one of Philando Castile’s death, only captured certain parts of an incident. Other cases, like that of Michael Brown, were not recorded at all, putting a focus on testimony and an officer’s account of the event.

A Gallup poll from June revealed 54 percent of Americans have confidence in law enforcement.

Among minorities, confidence in the institution is lower. A Gallup report from 2016 showed that only 29 percent of Black Americans showed confidence in police.

In Redwood City, support for police is more steadfast. This is partly thanks to various community programs implemented by the department over the years.

“The Redwood City relationship with the community is stellar,” said Gary Kirby, deputy chief of Redwood City Police Department (RCPD). “I think the way that the uniform division is included in community meetings, coffee with cops, [and our] adoptive school program [contributes to this].”

With this positive relationship comes an accountability to the community. Body cameras are an essential part of maintaining this relationship and they would give the public transparency and insight in the case of an incident occurring between an officer and a civilian.

Body cameras could show the steps an officer takes when assessing a dangerous situation. Body camera footage could be used to examine the conditions an officer was using force under, and whether such force was necessary for self-defense.

Unfortunately, body cameras are much harder to implement than one may suspect. RCPD has a hundred officers, so it takes a lot of work to have each officer learn to use a body camera and store hours of footage.

Police departments would also need to hire workers to review footage. According to Kirby’s estimation, RCPD would need at least one new employee for this.

Kirby has been pushing for the use of body cameras, along with dash cameras on police vehicles, for several years.

“About a year and a half, maybe two years ago, [officers didn’t] want to hear about [body cams]. Now, attitudes have turned 180 degrees,” Kirby said.

While other cities such as San Mateo have secured funding to provide the cameras to officers, RCPD is still waiting on this funding, and is hoping to receive it by January’s local budget adjustments.

A band-aid for a systematic lack of accountability

Despite the potential solutions body cameras could provide, they would not be a complete or immediate solution to police brutality.

A study of body cameras on officers in Washington, D.C. in 2017 found that the cameras “had no detectable, meaningful effect on documented uses of force.”

This is because the law, the justice system and the people that are meant to hold officers accountable for any wrongdoing are ultimately the institutions that will protect them from any consequences. Jason Stockley, a St. Louis policeman, was still acquitted of murder in September 2017 after shooting and killing Anthony Lamar Smith, a 24 year-old black man, despite wearing a body cam.

Additionally, after the death of Chinedu Okobi, a Redwood City resident, on El Camino in Millbrae after a confrontation with officers in which he was tased multiple times, the San Mateo County District Attorney has still not released dash cam footage from the incident. Okobi’s sister Ebele has since made a viral Facebook post after seeing the footage , saying that it directly refutes officer’s claims about the nature of the officers’ confrontation with Okobi.

Body cameras are a first step, not an outright solution to the disparities between America’s law enforcement and communities. The footage from these devices will give the public an idea of what these disparities are, and hopefully we can work from there to ensure a better relationship between our community and police officers.