Ariana’s “thank u, next” makes a Grande performance 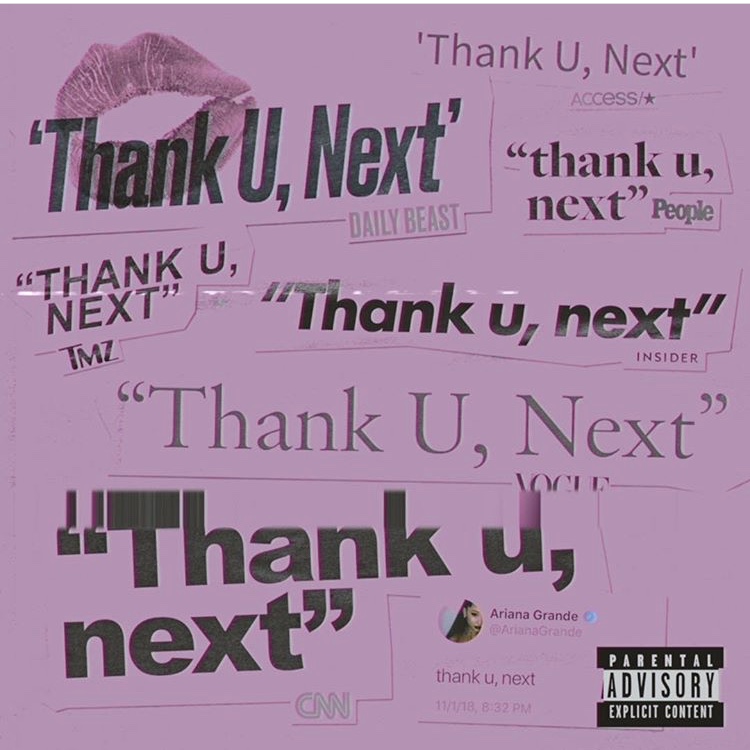 Ariana Grande's single "thank u, next" was released on Nov. 3, 2018 (Image via @arianagrande on Instagram)

R&B pop star Ariana Grande released her new music video titled “thank u, next” on Nov. 30 and it became arguably the best music video of the year. The video was a monumental piece of art but did leave some flaws behind.

On Nov. 5 the single broke the record for the most streams on Spotify with roughly 8 million global streams. It even surpassed 100 million streams after eleven days of its release. Most recently her music video has garnered millions of views up to 46 million views in one day and even beat well known KPop group, BTS for the largest viewings of a video in the little time it’s been released.

Here are my thoughts and notion about the music video:

In the video Grande inducts references to classic movies such as “Mean Girls,” “Bring it on,” “13 going on 30” and “Legally Blonde”. Attractions like these and great songwriting make the song compelling and outstanding.

“I think a lot of people really like it, and even the ones who aren’t teens still like it because the [movie references] are old and very well known,” freshman Emily McAteer said.

In the video, Grande features lots of well-known people including YouTubers like Colleen Ballinger, Troye Sivan and Gabi DeMartino. It’s quite a neat move on her part to do this. Since online stars can be considered this generation’s celebrities, they are somewhat seen as a joke to a large amount of the public.

Grande’s music video helps give them bigger platforms as well as credits them for their efficient work and great impacts on the lives of teens. It’s refreshing to see more well known and smaller stars included.

Mainstream names like Kris Jenner, Jennifer Coolidge and Jonathan Bennett also amassed a ton of recognition and made the music video that much better.

In the song she mentioned four of her exes: Big Sean, Ricky Alvarez, the late Malcolm (Mac) Miller and Pete Davidson.

Releasing the song takes a great deal of courage. Her words leave her very vulnerable, but rather it gained positive reviews, thoughts and wonderful support.

Rather than dragging her exes, she gave thanks to them. It’s a very brave and self-aware thing to do, and it shows how much confidence and maturity she embodies.

Having a large following can get quite overwhelming, but Grande knows they look up to her and see her as a role model. A lot of those people are being taught what Grande had to say: that having a partner may not always be the best experience because there’s a lot about you to love.

It’s beautiful to see a mainstream artist such as Grande saying that when relationships aren’t so substantial and rather dysfunctional, ending it may be a good idea because it helps people understand that their own happiness matters the most.

Though her music video holds great morality, it seems to relate to only one group of people who know their relationship wasn’t all too well and who are grateful for their previous exes.

Some may not have the delight in the break-up. Things like that can hurt someone as a whole because they felt kin with their partner and they felt they could flourish alongside them.

Her lyrics are written so she only addresses one party. Nonetheless, this song is based on her background and wisdom, but a portion of the public may not agree with the message that she’s trying to convey.

“I think this can make a person feel either one way or another because sometimes, some people didn’t really learn anything or have nothing to be grateful for. But then there are others who are still [close] to their exes, and it’s an uplifting song for people in that situation,” freshman Mahek Patel said.

The song also ends up being quite repetitive and makes it quite dull to listen to. But the concept as well as her performance in the video fill in a great deal of dazzle and make the video much more exceptional.

Predominantly, because of her performance, ideas and her message, it’s no surprise that the video is so monumental and outstanding. At times the song did feel a little stale, but Grande’s production on the video made it amazing. Both the video and the song have been an enchanting experience to the public. Fans can now look forward to 2019 when Grande’s new upcoming album, “thank u, next” will be released.