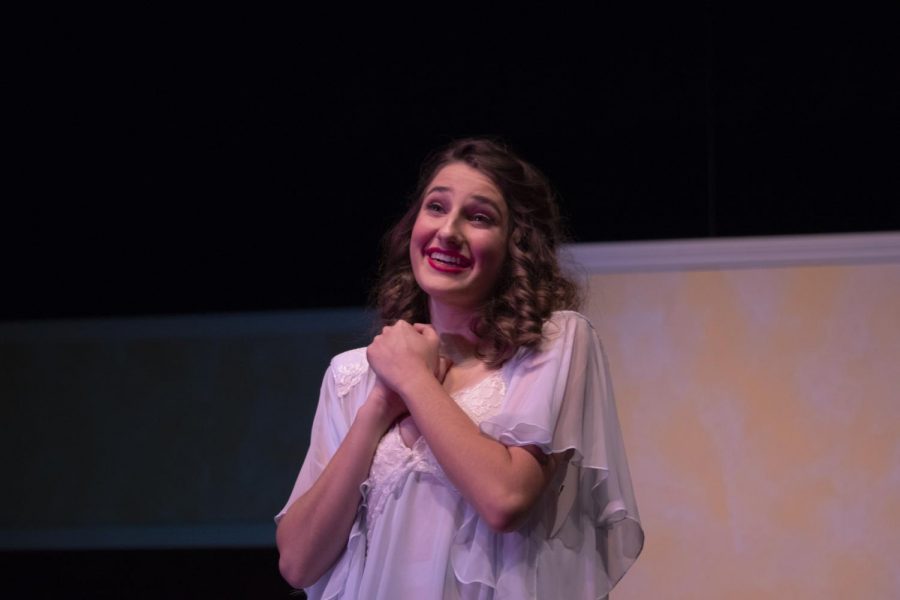 The Sequoia Players fall production of “The Drowsy Chaperone,” a musical about American musical comedy in the 1920s, opened Saturday, Nov. 10 in Carrington Hall giving students vital and beneficial experience in the many aspects of show production.

“I’ve improved my public speaking skills, made friends, and gained confidence,” sophomore Jacob Crosby said. “If you’re considering drama, do it, try out, you may think you won’t make it but you never know until you audition.”

Crosby plays the role of Feldzieg, a producer. He has been involved in Sequoia’s drama program since his freshman year. But this show, in particular, has taught him acting and working as a team.

Being a part of the play has made Crosby and other actors more aware of the importance of communication when working on a play or with any large group. Everyone needs to be working as a unit with a clear goal in order to pull off the production.

“The Sequoia drama program is really welcoming,” junior Nurcan Sumbul said. “It’s a lot of fun and it doesn’t take that much to get good at it. It boosts your self-confidence, your talent, and it’s a great community.”

However, it does take a large amount of commitment.

“A big part of the production of a play is commitment, there are lots of rehearsals and you have to be focused during them,” Sumbul said. “You also need the confidence to push yourself because that’s what makes your acting great.”

“You learn something new with every play. With this play, I learned about working with an ensemble because we have a particularly big cast in this show,” Sumbul said, “it’s just a different type of show.”