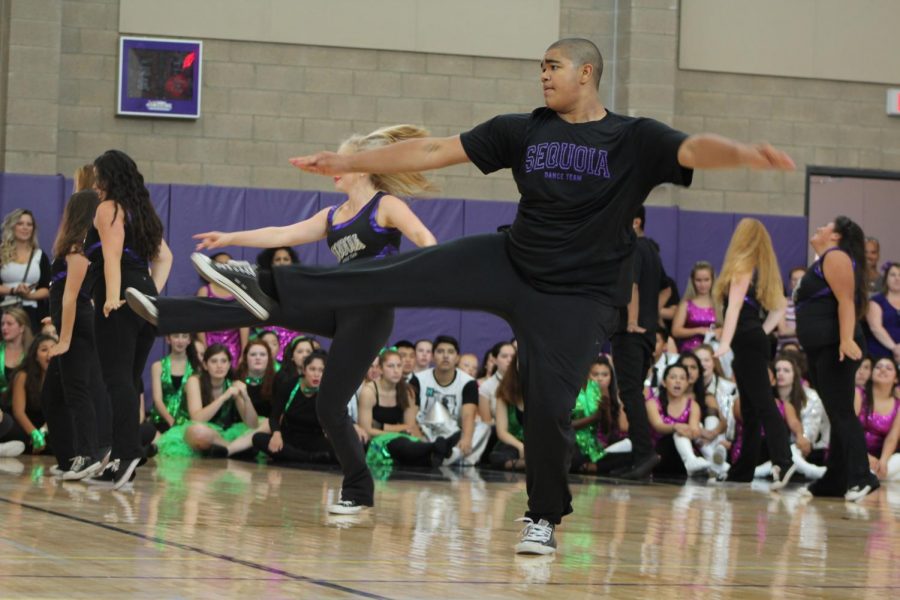 Sequoia’s Dance Team disbanded for the 2018-2019 school year after they experienced a loss of funding from the SAFE program.

“A big chunk of SAFE programs were cut,” senior Serena Stephens said, an active member of dance team since her freshman year.

Because Budget cuts were made to the program, SAFE now only has the ability to fund certain after-school educational programs. SAFE, the Sequoia After-School Focused Enrichment Program, made Dance Team an after-school organization, but without funding for their designated program, they cannot meet.

“We applied for a grant right before the year ended, [and] it didn’t go through,” junior Grace Hughes said, a previous member of Dance Team.

Dance team was a group of dancers that performed at rallies, football and basketball games. Because their team was a part of the SAFE program, it was not an official Sequoia sport. Although this recent era of Dance Team was started within the last decade, Dance Teams have been recurring throughout Sequoia’s history.

“We’ve had dance teams on and off for many years […] but the current dance team has been here for about the last 8 or 9 years, and it was started by a former student,” Taylor White said, one of the teachers within Sequoia’s dance program.

Overall, the team had a really close atmosphere, paired with a hard-working dynamic.

“We were a close-knit group and we considered ourselves a family,” senior Tyler Madsen said, another member of Dance Team since his freshman year.

“I think that everyone had a general connection,” sophomore Nicolette Cruz said, who joined Dance Team as a freshman in the 2017-2018 school year. “There was overall a nice atmosphere.”

The team also had professionalism and passion that made them stand out in their performances. Most, if not all, of the dancers came from copious dancing backgrounds.

However, most of the dancers were left in the dark when the news came out.

“We didn’t react how we would have if we knew how bad the situation was,” Hughes said. “We never really knew that it was ending. [Our coach] had said ‘We’re applying for a grant, don’t worry,’ and she never really said that ‘it’s over’. We never really had that closure and we still don’t.”

Many of the dancers were devastated when they found out the news.

“My mom was on a dance team [when she was in highschool], and I wanted to continue the legacy and then have my little sister be on the dance team [in the future],” Hughes said. “I was just disappointed.”

The dancers continue to dance both within Sequoia and outside of it as well. They have also considered creating a lunch club to replace the team, which might be able to have the same performance opportunities but would require a teacher advisor.

“[Dance Team] was something that I used to be so passionate about and I wanted to continue it,” Madsen said.