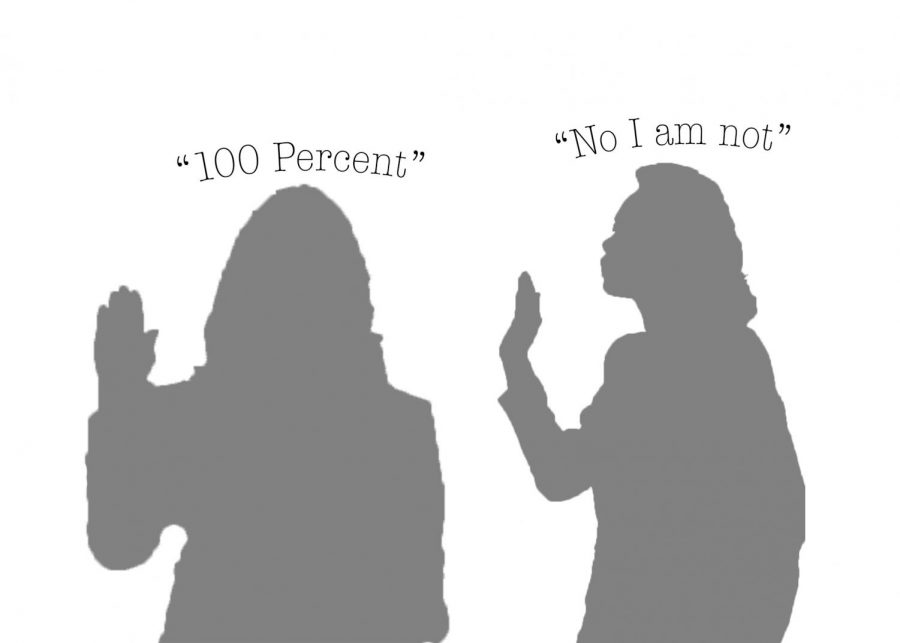 “Are you a scorned woman?” asked Senator Howell Heflin to Anita Hill. She responded: “No. I am not.”

Hill testified she was sexually harassed by Justice Clarence Thomas while clerking for him. He was later given a lifetime seat on our Supreme Court.

“With what degree of certainty do you believe Brett Kavanaugh assaulted you?” asked Senator Dick Durbin to Ford. She responded: “100 percent.”

Ford pleaded she was sexually assaulted by Justice Kavanaugh in high school. He has a lifetime seat on our Supreme Court.

Ford and Hill are two strong women who told their truth to a Judiciary Committee of primarily white men. Both times, these men had a set agenda; they knew what they wanted and how they were going to get it. Although President Donald Trump described it as “a difficult time for young men,” in reality, it is a difficult time for women.

In part, this is due to the non-reflective nature of our political system overall. If we young Americans hope to change our future politics, we need to act and educate now. To do so, we are left with one way to act: attentively. Educating ourselves on all political perspectives will give us the ability to shape future policy discussions that will include everyone.

“It’s important for all of us to not just understand the right or left, but to understand politics as a whole in order to set out a better future,” said senior Jackson Feely, founder and president of Sequoia’s Political Union.

The allegations of sexual misconduct against Kavanaugh and Thomas should have thinned their chances of getting on the Court, or even nonexistent. For one to be implicated with these claims should, at least, have their nomination questioned, and in some cases, rule them out as potential candidates entirely. This is the only way for change to come.

Both women tried to instigate change. They spoke for our country’s justice, yet it was no surprise that in these ‘he said-she said’ situations the man was ultimately trusted.

“I’m not a lawyer, but from what I heard on the radio, Dr. Ford’s allegations and stories were credible, persuasive, and powerful,” history teacher Danny Bliss said.

Many people educated on the hearings could overlook gender and race, and decipher for themselves what could or could not be justified.

Because of their strong-willed public statements, many Americans stuck by these men. Contrary to popular belief, many believed they deserved their Supreme Court seat. Many saw red flags in the women’s stories and found it easier to believe the men.

Regardless of who you believed, what’s important is to pay attention. If you don’t feel you are represented in politics, don’t sit around. We can use collective movements and our individual voices to change the standards for our future.

More recently, thousands of Americans went out to make change by voting. We saw our first Native American congresswoman, Muslim congress woman, openly gay governor, and many first-time female senators in various states, we are still left with an overly white and republican congress. Despite the slow progression, I, for one, still feel extremely misrepresented.

I would like my readers to remember one thing: use your voice and put your rights to use. Individual votes may not directly impact stories like Ford’s and Hill’s, but they can decide our congressional representatives and our presidential administration. I pledge to help with the change, and continue the progression of our country. And, I hope you will too.

Pay attention. And when the time comes, vote.