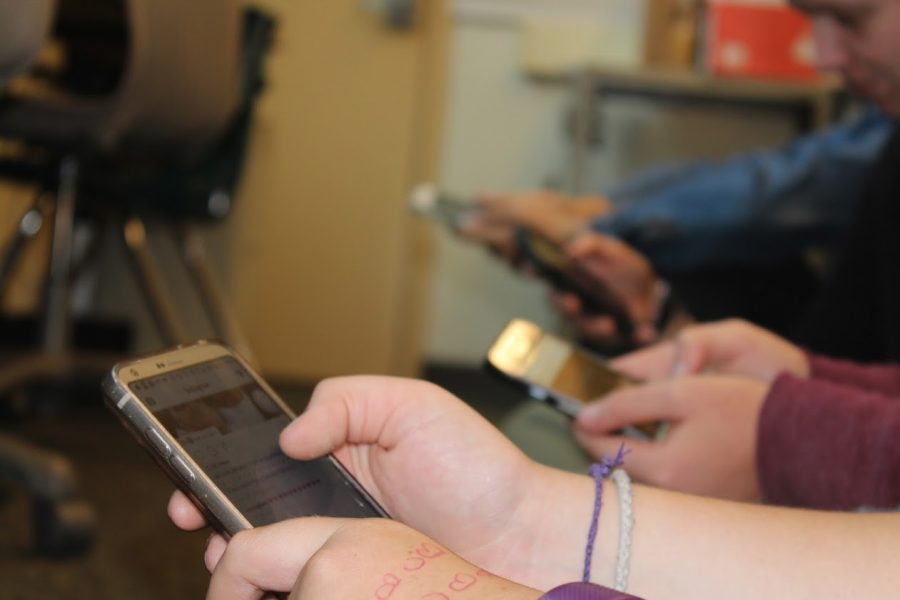 Teens typically spend 9 hours a day on their devices; more than double that of the average American.

Finish your homework, check Instagram, finish eating, send streaks, go to the beach, post a cute pic. Whether or not we want to admit it, teens’ lives revolve around social media. Some stress about keeping their feed or losing their streaks and almost every teen has some connection to social media.

When you’re at a concert and you’re only focused on is getting pictures to post of you and your friends in tube tops and flannels, then there’s a problem. It stops you from living in the moment because you’re more focused on documenting experiences on your phone. The memory of dancing to the music, screaming every word to your favorite song in the album is much more valuable than some blurry videos of the people’s heads in front of you. How will you remember that feeling when the lead singer walked out onto the stage if you spent the entire time experiencing it through your Snapchat camera?

Teens lose awareness for the world around them when they are tuned into their devices all the time. They ignore important things because their eyes are so focused on the tiny screen in front of them. Travel is marked by Snapchat geotags and exotic experiences are proved with a lavish Instagram post. People can no longer exist without social media. The term, “Pics or it didn’t happen” must be what teens think as they film and document everything they experience in life. It’s as if a memory is not valuable enough for remembrance.

“Mindfulness is lacking when you’re looking at your life through a screen,” Youth Development Coordinator Whitney Fitzgerald said.

Additionally, social media creates a mask which allows students to say things that they may not say to someone’s face. Not only is this a communication barrier but it is a way for teens to bully other teens with less consequence and often with harsher words. Cyber bullying is normally not reported because it can be as subtle as a malicious comment on a post. Because people are already trying to present their best selves online, mean-spirited comments can hurt even more.

The photography based app, Instagram is one of the most popular social media for teens in 2017. The app provides profiles highlighting the best moments of a person’s life, subsequently creating a false image of the perfect life. Many teens compare themselves to others their age with ‘Instagram-perfect’ lives who post images that make their lives look flawless, therefore making teens feel bad about themselves.

This creates lower self esteem and, overall, is a bad habit for teens. In an article from the Atlantic, Jean M. Twenge states “the effect of screen activities is unmistakable: the more time teens spend looking at screens, the more likely they are to report symptoms of depression.”

Another popular app is Snapchat, where teens communicate with pictures and short messages. The barrier that teens don’t see while they’re using these apps is that they are creating more and more of an inability to communicate in person with people. Though the argument could be made that snapchat is better than texting, because you see the person’s face, calling and facetime both serve as better alternatives to snapchatting. Sending a snap or a text is just a substitute for talking to the person face-to-face. If distance is the problem, then pick up the phone instead of Instagram-stalking your friend to see how their life is going. It is most likely a false image of how their life currently is. Teens also lose meaningful connections because they stop having the need for human contact. The value of intimate connections is lost because now, the words ‘I love you’ on a screen mean the same thing as someone looking you in the eyes and saying them to you.

Learn how to speak a new language. Go outside and relax. Have a meaningful talk with a family member. There is so much you could do with your time that would be more memorable than commenting on a post.
Real relationships are based on actual human interaction, and life’s experiences should be seen through your eyes not a lense.