For One Week, I gave up self-deprecation 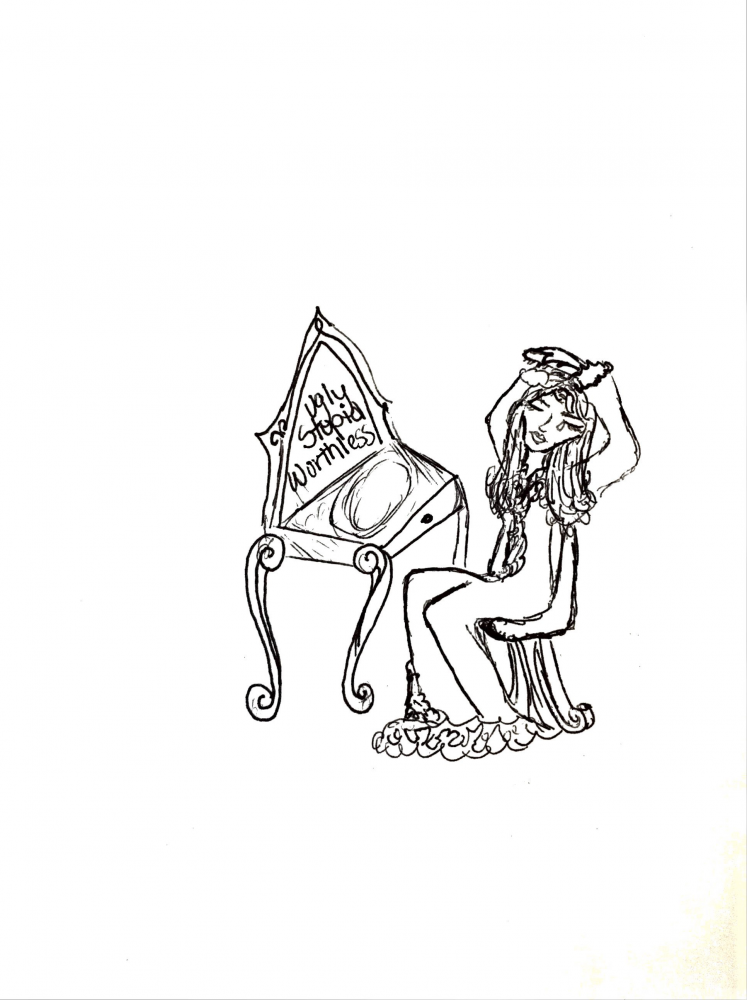 This week, I plan to give up self deprecation in hopes of becoming a more positive person. One of my biggest flaws is that I can be really hard on myself. One of the main reasons teens are self destructive is because of the fear of not being good enough.
Day One

I have started the day positively and have not failed. I had the sudden urge to hate on myself during art class because a painting did not come out as well as I had wanted. Then I proceeded to take a deep breath and think ‘stuff happens.’ My friends have asked if I was on drugs because of my positive, happy demeanor. I told them about the article and they condescendingly patted me on the back while “wishing me luck.” I guess that was a positive reaction?

Starting the day again positively, I have had no slip ups all day. When I have a so-called reason to be negative, I think of something I am good at. However, I did not whine and say “I am not good at anything,” which I would previously do when I was in a ’mood’.

During this experience I have found that I can sense other people’s moods, which in turn affects my mood. If my friend is having a bad day, they will start to complain which triggers my subconscious to start thinking negatively about myself. Side note: my friends say that I am acting more positively. Another thing I have noticed is how much people tend to comment on the negative in themselves. It’s day 3 and I haven’t heard anyone say anything nice about themself.

This day has been a negative one. I have my IOC and my fears have been reeling in my head like a movie the entire day. I did my IOC, and it went fairly well, but I was still thinking I should not have said ‘Um” ten million times.

I have learned that despite failures, one needs to keep a positive mind set. However, failures, I do admit, can be heavy and drag me down.

I have been positive, although my 10-year-old sister has been acting like a brat all day and it is the day of her birthday party. Let’s just say I was thinking positively although my mood was negative. (She needed to be slapped). Later that day, my friend and I went to Target, heaven on Earth, and we were joking around, so I was, again, happy.

Today was a good day—I got my hair cut. While I was sitting in the infamous hairstylist’s chair, I was not looking in the mirror thinking about how I looked like a potato with the hair cutting apron secured tightly around my neck. My hair looked great, so I felt fierce. I ended the day on a good note.

What I learned from this experience is that people,myself included, do not focus on the things that are good about themselves. I feel better and more outgoing when I maintain a healthy mindset, because I am my worst critic.